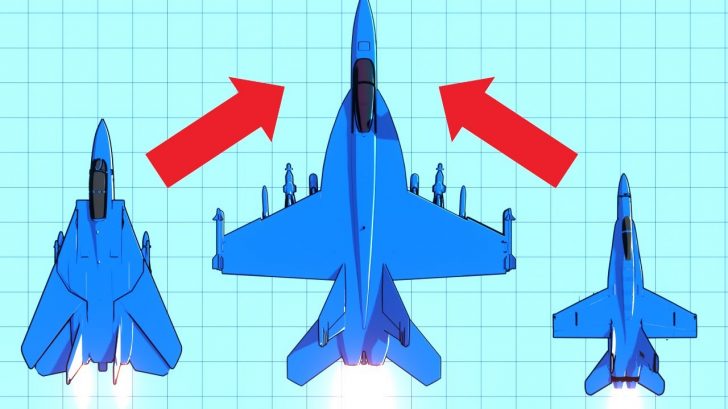 The F/A-18E/F Super Hornet is one of America’s multi-role supersonic fighter and attack aircraft. This combat-proven fighter is and will be the backbone of the US Navy carrier air wing for decades to come.

It has the capability to employ any air-to-ground and air-to-air weapons in the Navy’s arsenal. The F/A-18E/F’s most notable features are its twin tails, foldable wings, unique extended wing design, reinforced landing gears, and wingtip missile racks.

Versatility At Its Finest

Two versions of the Super Hornet, a single and a two-seat model, are still in service today with the US Navy. Both models are able to perform every mission in the tactical spectrum, such as air superiority, day/night strikes, fighter escorts, CAS, forward air control, tanker missions, and much more.

Compared To Its Predecessor

Super Hornets have two extra hard points on their wings due to their larger wings, raising the total from nine to eleven. Though it is larger than the Hornet, it has 40% fewer parts, while its engines can produce 35% more thrust. Furthermore, the F-18’s Leading Edge Extensions allow it to perform at high angles of attack. Lastly, it carries 30% more fuel, increasing its operational range to up to 50%.

The introduction of 5th Generation aircraft and technologies has forced the F/A-18E/F to garner some upgrades. Its latest version, the Block 3, features a 50% reduction in frontal radar cross section and the ability to equip enclosed weapon pods to reduce detection further.

The Super Hornet has been a staple in the US Navy since its introduction into service in 2000. With planned upgrades that will prolong its service life for decades, this aircraft has earned a reputation as one of the most storied and versatile aircraft in America’s aviation history.