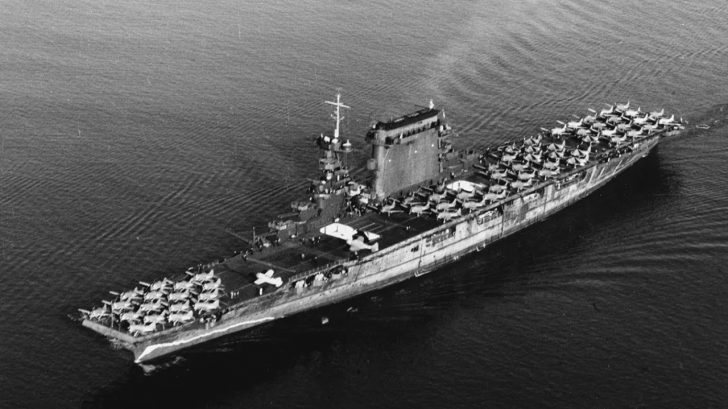 The Japanese Empire had already planned to occupy Tulagi in Solomon Islands in 1942. To stretch their defensive perimeter even more, they had decided to turn their attention to Australia.

Some Japanese officials voiced their disagreement towards the planned invasion in Australia. They argued that the New Guinea stronghold at Port Moresby would have been a much better strategy. New Guinea’s southern shore would have held a firmer perimeter that could create problems with the Allies, and had a better chance to strangle Australia. Most importantly, the town had a large airfield that the Japanese would heavily benefit from.

The Port Moresby Operation’s goal was to isolate Australia and New Zealand from the Allied forces. Japan was to occupy the port of Tulagi, take Nauru and Banaba, and then invade the Louisiade Archipelago for another seaplane base. Afterwards, the forces would capture Port Moresby and seize strategic points in eastern New Guinea. Finally, a huge Japanese fleet from Truk would advance toward the west to intercept the US Navy and then strike the cities of Coen, Cooktown, and Townsville in Queensland.

The Battle of the Coral Sea

America was quick to respond to the Tulagi invasion. That same day, on May 4, USS Yorktown deployed warbirds to attack the Japanese at Tulagi. Though the mission inflicted heavy damage on the invaders, it was unsuccessful in preventing Japan from capturing the islands. Two days later, Yorktown rejoined USS Lexington to refuel – putting them both in a dangerous position.

Two Japanese carriers suddenly closed in on Yorktown and Lexington. When Frank Fletcher, a US Navy Vice Admiral, first heard of the news, he immediately launched a strike from Lexington and Yorktown. To round it off, he deployed a surface action group that would block the passage and finish off any remaining targets.

The US planes were shocked with what they were up against. Instead of finding two heavy carriers, the group only saw one light carrier – the brand new Shoho. In just 25 minutes, the American planes pummeled the light carrier with seven Torpedoes and thirteen bombs. Japan’s plan was later postponed as they pulled away from the American threat.

As the night fell, Fletcher dispatched 75 planes for an all-around reconnaissance mission. Unbeknownst to them, Japan had also deployed 69 of their aircraft to meet the American fleet.

The American pilots were unable to stop the Japanese advance while Yorktown and Lexington were targeted the next morning. The former headed to Pearl Harbor for repairs, while the latter suffered two consecutive explosions and had to be scuttled.

Japan had already lost 70 warplanes after four days of fighting, while America lost 66. Operation MO had to be canceled due to the amount of planes they lost, and the Japanese fleet had to return to Rabaul. Still, Japan successfully occupied Solomons – but to no avail. Losing many experienced pilots and carriers proved to be a huge blow, which would later define the outcome of the Battle of Midway. Ultimately, the battle marked the beginning of a new phase of the war.