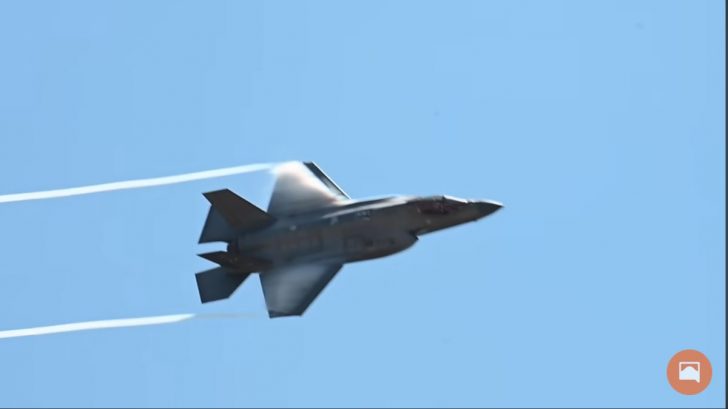 With estimated costs to exceed 1.7 trillion dollars, the F-35 Joint Strike Fighter is history’s most expensive defense acquisition. Yet despite that, according to a report in 2015, the plane was no match for its predecessor, which is the F-16 Fighting Falcon. The report showed that it couldn’t even hold its own in a dogfight against the F-16.

Ever since most people are quick to point out that the F-35 can’t dogfight. But is there any truth to this claim?

A thing of the Past

The F-35 leans heavily on the prevailing wisdom of today, the dogfights are somewhat a thing of the past.

Its design focuses more on data fusion and computing power and low observability over the hot rod performances from fighters from the previous eras.

A Shift in Philosophy

This shift in philosophy focused on the F-35’s focus on technology over hard performance led many question how effective it could be against other stealth fighters but highly capable 4th generation jets.

A report published in 2015 by journalist David Axe, outlines how the F-35 got its tail kicked over and over by the F-16 in air combat maneuvering trials during an exercise conducted on January 14, 2015, near Edwards Air Force Base in California.

If you judge the F-35 using the same rubric in judging 4th generation in previous fighters, it really does seem that it wouldn’t stand a chance in one-on-one combat.

However, it was only until later that new details of the series of exercises emerged proving the internet wrong that the F-35 couldn’t dogfight.

So, why can’t the F-35 aim and fire notional missiles at its F-16 opponent without pointing its nose directly? The reason was simple- it was because the F-35 that participated in these drills didn’t have the systems it needed to leverage its own capabilities.

The plane used in these exercises was using software meant to intentionally limit its aerobatic capabilities. It flew without the F-35’s advanced avionics suite that allows it to target opponents and it was flying with its stealth profile compromised.