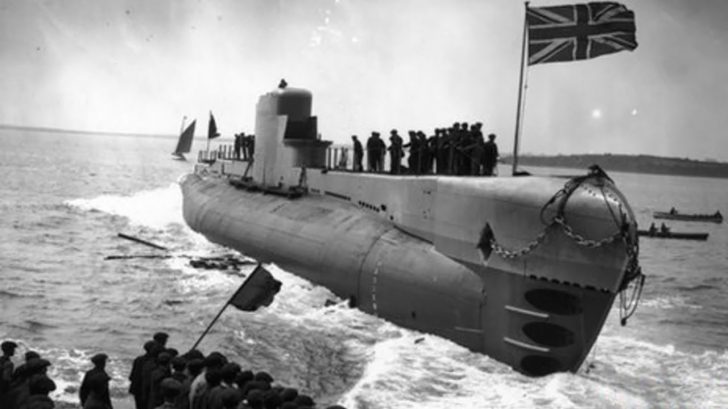 When a mystery man was rescued claiming he had narrowly escaped the submarine HMS Perseus, many people thought him to be a fraud.

The British Parthian-class submarine HMS Perseus was struck by an Italian mine while recharging her batteries on the surface off the coast of the Greek island of Kefalonia. For over a year, it was believed that the event had left no survivors.

Several months after the incident, the Royal Navy received unconfirmed reports of a survivor stranded on an Axis-occupied Greek island, a man claiming he escaped the sinking Perseus. The British military immediately prepared a covert rescue operation.

On May 30, 1943, a small fishing boat commissioned by the Royal Navy picked up a British man claiming to have survived HMS Perseus’ sinking 17 months ago. When the young survivor was finally free and inside British territory, he told the details of his survival story.

Many people started doubting the facts surrounding Cape’s story. Cape said that he was able to escape through an escape hatch. Earlier, he had located Davis Submerged Escape Apparatus sets, but this equipment was only designed up to 100 feet, and the gauges indicated they were 270 feet.

Capes swam above, managing to swim to shore but he passed out shortly after making it to Kephalonia Island. He spent the next months hiding with the help of locals. By the time he was rescued, not even his rescuers believed his extraordinary exploits.

Even when Capes passed away in 1985, many believed him to be a fraud. The British authorities couldn’t find Cape’s name on the crew list and thought that escaping from a depth of 270 feet was impossible, even with a rebreather device. British submarines were also ordered to weld their hatches shut. As such, there’s no way the emergency hatch door could have been opened.

When the wreck of the Perseus was finally discovered in 1997, the hatch was open exactly as Capes described it. They also found a fault gauge that read 270 feet, finally proving Cape’s story, and clearing his name.