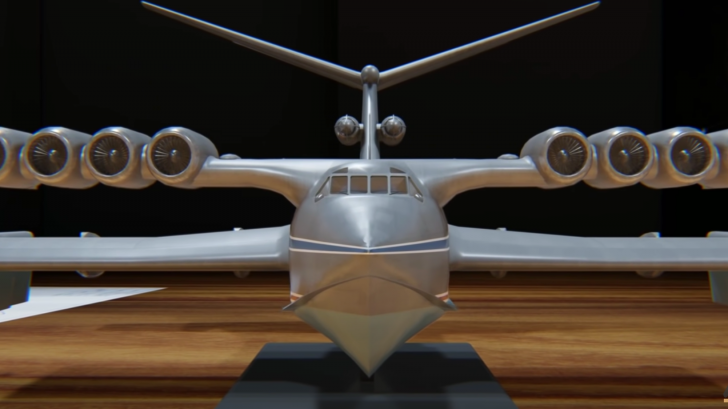 Nikita Khrushchev once bragged about the Soviet Union’s ships that could jump over bridges. Though it may look like something out of a science fiction book, there was some truth to it.

Hydrofoils were regular boats with wings attached to their hull. At high speeds, its underwater wings would lift the boat a bit out of the water to reduce drag. However, one man by the name of Rostislav Alexeyev had a radical idea – he decided to put the wings out of the water. 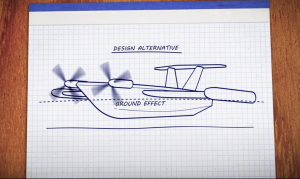 Once the ship was moving fast enough, the wings would lift it out of the water and ride on a cushion of air just above the surface. This phenomenon was called the ground effect.

The Premise Of The Ekranoplan 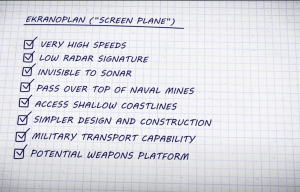 Ekranoplans were designed to fly at aircraft-like speeds, lie low to reduce radar signature, invisible to sonar, and can pass over naval mines. Additionally, the craft would have had easy access to shallow coastlines with her small draft.

The plane could also apparently have military transport capability and be used as a potential weapons platform.

Most importantly, the Ekranoplan was promised to be relatively cheap and simple to build. 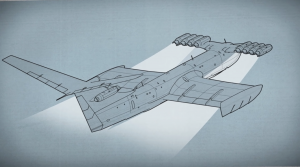 After many prototypes, the team behind the Ekranoplan finally settled with the KM, or most commonly known as the Caspian Sea Monster. At that time, the KM was the largest and heaviest aircraft in the world, with a length of 301ft, a wingspan of 123ft, and an empty weight of 529,109lbs. Still, the KM could reach 310 mph and lift up to 600 tons.

Eight forward-mounted jet engines directed thrust underneath its wings, creating a temporary hovercraft. Once it was on ground effect, the forward jet engines were shut off, leaving only two engines at the rear to keep the machine moving at such speeds. Meanwhile, its 5-story high tail was used to counter the instabilities while flying and provide control at higher speeds. 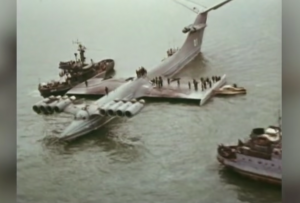 One of its many drawbacks was its inability to fly in rough waters. Though the ground effect allowed it to fly, it only flew as low as 5 to 10 ft off the water due to its short wingspan. Traveling on the open ocean was next to impossible, so it was confined in inland seas like the Caspian.

Moreover, the Ekranoplans were only designed to fly using the ground effect principle, meaning it could never reach higher cruising altitudes. In addition, its ten jet engines were in constant risk of damage from saltwater and foreign objects.

Its pilots also found the KM quite stressful to operate. The craft needed a lot of distance to turn, giving it a huge disadvantage if operated in battle. 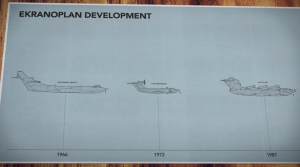 The Soviet Union had a new leader by the time it made its first flight. Brezhnev, their new leader, saw the Ekranoplan as an unnecessary gamble. With many technical hurdles and fewer resources, Alexeyev and his team of engineers decided to focus their sights on a much smaller yet more practical Ekranoplan – the A-90.

After the Soviet Union’s collapse in 1991, the few Ekranoplans built were pulled from service.