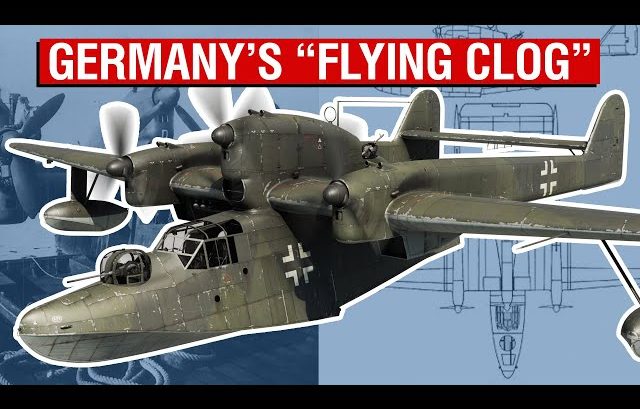 Out of the many designs fielded by the Luftwaffe during WWII, the Voss BV 138 is perhaps one of the more underrepresented aircraft of its day, despite its striking design, and remarkably varied service life.

The development of this aircraft started in the mid-1930s. A need has risen for a new long-range-patrol aircraft that should also double as transport if needed.

The plane’s appearance was a unique combination of a twin-boom tail unit, trimotor engine configuration, and a short fuselage. Its short hull earned the nickname, “Fliegender Holzschuh” or the flying clog.

The booms of the twin tail unit are similar to a smaller Focke-Wulf Fw 189, extending horizontally from the rear of the outer engine nacelles.

The plane’s first prototype featured a gull wing. However, during its first test flight, the wing couldn’t generate enough lift. Thus, this concept was later abandoned during the development of the second prototype.

The plane has three-piston engines. The main engine was mounted above the wing. Meanwhile, the wing engines were lower.

Despite its protracted and shaky development process, the BV 138 ended up having a very successful career for its intended role. From 1938 to 1943, it had a total production run of 79 aircraft, most of which as C-1 variants. It was also well-liked, faithfully servings its crew, and flying on a vast geographical area.

The structural changes the aircraft would undergo during its development phase made it extremely tough, and solidly build, something it would garner a well-loved reputation for.