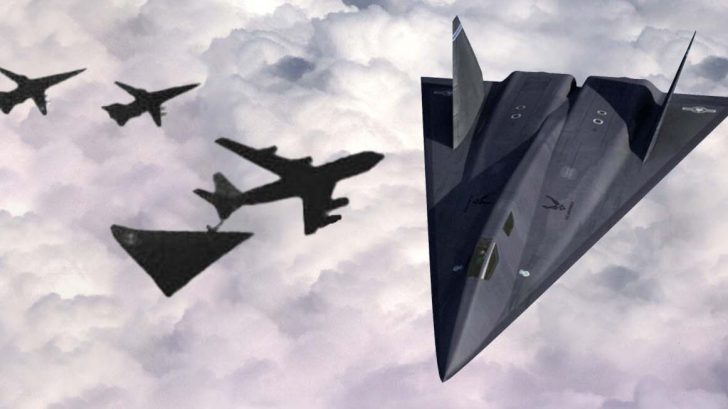 After scouring over hundreds of historical media reports, declassified documents, eyewitness accounts, and forum posts, Alex Hollings thinks it is extremely unlikely that the US had an operational fleet of top-secret hypersonic aircraft – such as the Aurora.

But that doesn’t mean it never existed.

Rumors arose when the US Air Force decided to retire its immensely successful and equally expensive SR-71 Blackbird in 1989.

Even though satellites are incredibly useful for intelligence gathering, there remains a need for airborne reconnaissance after the retirement of the Blackbird.

Aurora was rumored to be a triangular hypersonic aircraft akin to Lockheed Martin’s SR-72 program. It makes sense for Aurora to be the successor of the Blackbird. However, the Blackbird was un-retired shortly after its first retirement.

Evidence as a technology demonstrator

A defense magazine called “Jane’s Defense Weekly” revealed that seismologists from the US Geological Survey had been recording tremors near the San Gabriel Valley in 1992. The tremors were similar to the ones produced by sonic booms from a high-altitude supersonic aircraft. Interestingly, these events only happened on Thursday mornings at around 7 AM.

Bill Sweetman, a member of the defense magazine, stated that the nature of the sonic booms wasn’t consistent with any known aircraft in American hangars.

“It’s too fast for any aircraft that we know about,” he said.

He theorized that the booms might have come from a classified aircraft being tested out of Groom Lake – commonly known as Area 51. The Air Force later denied the statements.

Evidence as an operational aircraft

Perhaps the most famous sighting of all came in 1989 when Scottish engineer Chris Gibson reported seeing an isosceles triangle-shaped plane. The aircraft was flying in formation with two F-111s while refueling from a KC-135 in the North Sea. Gibson swears by what he saw, after all, he was a trained airfield observer adept at identifying aircraft from far away.

Furthermore, in 1997, a UK-based aviation magazine published a report stating that an American aircraft crashed while taking off from Boscombe Down Airfield in 1994. In this report, the magazine referred to the American plane as the ASTRA or Advanced Stealth Reconnaissance Aircraft (AV-6).

Two days after the supposed incident, an American C-5 aircraft allegedly arrived at the airfield to haul the wreckage back to the US.

The truth about the Aurora was revealed in 1994 when Ben Rich, the former head of Lockheed’s Skunk Works, published his personal memoir during his years at Lockheed.
According to his book, the infamous Aurora was actually the code name for the B-2 competition funding. It was somehow leaked to the media and was stuck to a myth about the supposed aircraft since then.

“There is no code name for the plane as it simply did not exist,” reiterates Ben Rich.

After putting together 20 years of examining countless budget holes, unexplained sonic booms, sightings, and reports in 2006, Bill Sweetman concluded that the evidence at least points to the “fact” that the program once existed.

At this point… who knows!?