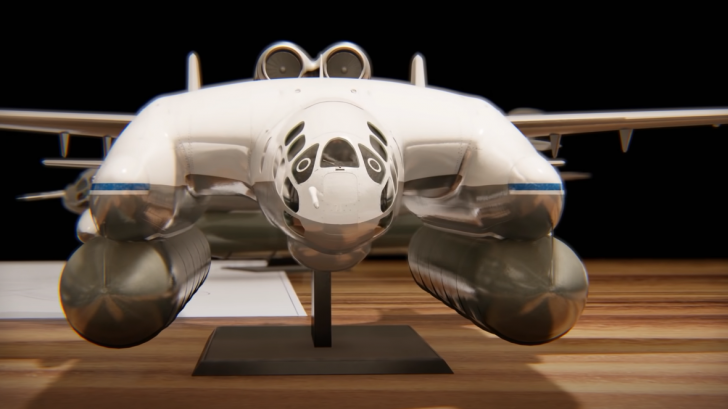 Designed fifty years ago by Robert Bartini, it was to be the most versatile flying machine ever built. It could take off vertically, hover mid-air, land on any surface, cruise at high altitudes, and harness the ground effect. But why isn’t it as popular as other aircraft today?

The Origin of the Bartini Beriev VVA-14

In 1962, Bartini outlined a concept that aimed to combine aircraft-like speeds and the versatility of helicopters. VTOL-capable planes were becoming a reality in the 60s, but they were inefficient and impractical.

The lift jets used for vertical takeoff would burn excessive fuel and added weight, limiting the aircraft’s range and performance. What separated Bartini’s design from other VTOL aircraft is its ability to harness the ground effect to offset the inefficiency of vertical takeoffs and landings.

A New Opportunity as a Submarine Hunter

The Soviet Union had no answer for America’s nuclear-armed submarines in the 1960s. Ordering their whole Navy to patrol 45,000 miles of coastline wasn’t economical either. Instead, Soviet leadership saw Bartini’s concept as the potential solution.

A crew of three would be assisted by an electronic flight navigation and search-and-aim system. Additionally, the team would use magnetic anomaly detectors, dipping sonars, and sonobuoys.

Two Soloviev D-30m turbojets enabled the VVA-14 to reach 470 mph and fly up to 33,000 ft if needed. Moreover, twelve lift jets would be fitted inside its catamaran-like fuselage – each generating almost 10,000 lbs of thrust.

Inflatable pontoons made amphibious operations possible, allowing it to land on water and other surfaces such as sand, snow, or marsh.

Most impressively, the VVA-14 could carry more than two tons of armament consisting of mines, torpedoes, and naval charges. Weighing in at 57 tons, the VVA-14 would be the world’s largest VTOL aircraft. Soviet leaders were impressed with the concept and approved its development, designating it as the VVA-14.

Too Difficult To Build

The most critical component of Bartini’s concept was the vertical lift jets. However, its development had been assigned to a smaller, less experienced, and overburdened engine builder – the Rybinsk Engine-Building Design Bureau.

Moreover, the VVA-14’s inflatable pontoons proved extremely difficult to engineer. These were designed to be inflated and deflated in the harshest conditions and used high-pressure air from the cruise engines to fill twelve sealed compartments. It was later replaced with temporary hard floats so testing could continue.

By the 1970s, it became clear that the lift jets would never be delivered on time (or at all). This meant that the aircraft couldn’t perform VTOL or use any pre-designed fly-by-wire and automated flight control systems. In addition, this change also made the development of inflatable pontoons useless.
In return, Bartini decided to modify his design to accommodate the changes, but none worked.

The whole project slowed down after Bartini’s death in 1974. It was subsequently canceled, with the VVA-14 only having a total flight time of 103 hours.