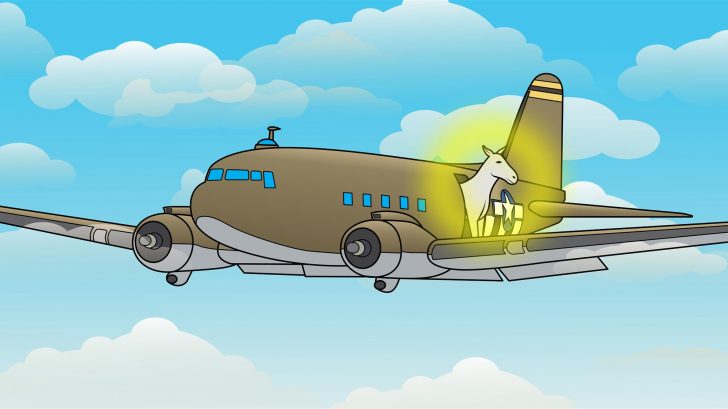 Major-General Orde Wingate was a brilliant British officer who assembled a ragtag brigade of British and Burmese guerillas that gave Japanese forces pain in the ass.

His grand plan was to establish strongholds behind enemy lines. In order to achieve this, he came up with an unconventional way to transport his troops and supplies by using military gliders. This came to be known as Operation Thursday.

1. The Operation used C-47 planes to tow the military gliders.

The C-47 Skytrain had a maximum payload of 6,000 pounds. Despite this considerable limit, Wingate’s troops, supplies, and equipment were just too much that the planes exceeded their limits by a staggering 2,000 pounds.

The excess weight strained the C-47 planes. As a result, 8 out of the 26 C-47’s lost the gliders they were supposed to tow.

Aside from the mules, the Operation successfully carried 10,000 troops and more than 250 tons of supplies.

3. Glider casualties during the Operation’s early stages were relatively high.

Soon after, other six other airstrips were set up and they remained operational throughout the campaign’s conclusion in May 1944.

4. Wingate’s Guerilla forces were covered by P-51 Mustangs and B-25 Mitchells.

Right after the start of the Operation, the Japanese launched an offensive to destroy the 17th Indian Division in Imphal. These fine fighters and bombers constantly harrassed Japanese forces stationed in Burma by bombing crucial strategic transportation and communications infrastructure.

The night excursions made the Operation Thursday way more dangerous, but it was the only way to remain beyond Japanese detection.

However, light planes such as the UC-64 were more impressive. They conducted 510 missions and moved more than 500,000 pounds of cargo in total.

This was a major factor in Operation Thursday’s remarkable ingenuity and rugged confidence – both qualities embodied by an extraordinary Military tactician.