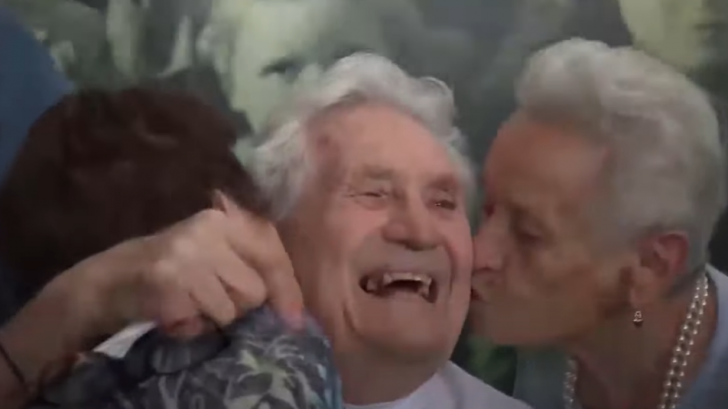 In October 1944, then-20-year-old Private First Class Martin Adler was stationed in Italy. He was searching for enemy soldiers when he saw movement from a large wicker basket. Adler trained his machine gun and prepared to shoot.

Fortunately, he hesitated and in that split second, someone came out.

“The mother, Mamma, came out and stood right in front of my gun to stop me [from] shooting,” Adler recalled to Associated Press. “She put her stomach right against my gun, yelling, ‘Bambinis! Bambinis! Bambinis!’”