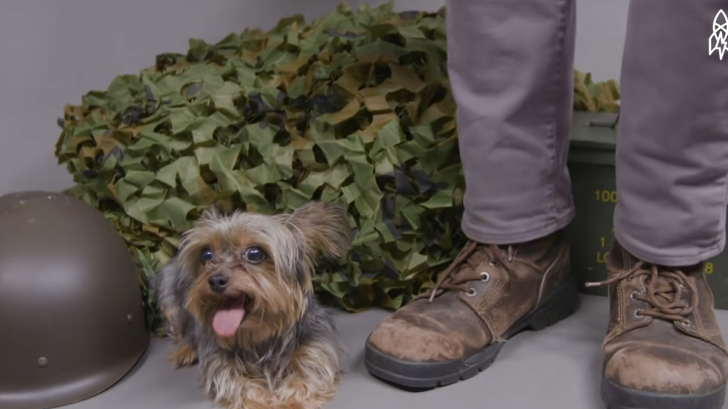 Meet Smoky – a tiny but feisty Yorkshire Terrier who did so much during World War II. She weighed only 4 pounds and stood 7 inches, and yet, she became famous as the smallest hero in WWII.

An American soldier found Smoky in an abandoned foxhole in the New Guinea jungle. She was eventually sold to Corporal William A. Wynne for $6.44. He trained her, and in turn, she accompanied him on combat flights in the Pacific Theater. Aside from following Wynne through air raids and combat missions, she also learned various tricks.