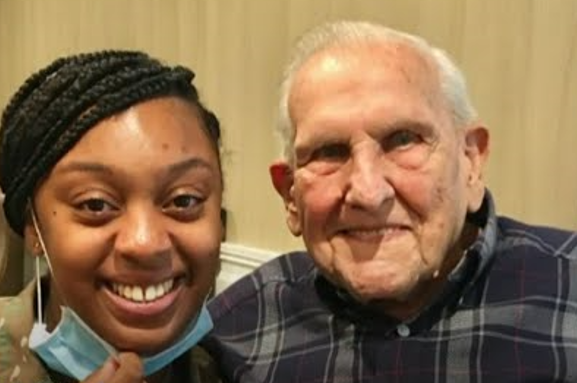 The Note Is His Most Prized Possession

95-year-old World War II veteran Frank Grasberger has one prized possession that he carries around with him wherever he goes — it’s a letter he received from a third grader 12 years ago. In 2009, the young schoolgirl wrote him a note to thank him for his service.

“I’d never be without it,” Frank said. “Because it’s something that somebody thought of me that much.”

“When he had that letter with him,” his wife Delores added, “he has a feeling of faith, and trust, and love.”

“If it wasn’t for you, we would never have freedom,” the letter read. “I’m so happy you made sacrifices. Your friend, Dashauna Priest.”