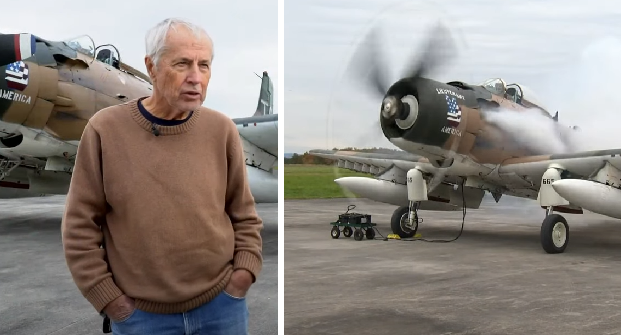 There’s something special when a pilot is reunited with their aircraft…especially when they served during war. There’s a special connection. The plane depended on you, and you depended on it. A bond and trust through the dangers of missions and battle. 230 missions, hit by 37mm shell in gun barrel

Tony Wiley was a SAR pilot during the war in which he saved the lives of fellow troops who were downed in enemy territory. He flew 230 missions during the war, including being hit by a 37mm round which thankfully hit the gun barrel and not his head!

Take a quick look at the clip because there is some interesting stuff he went through. Salute!