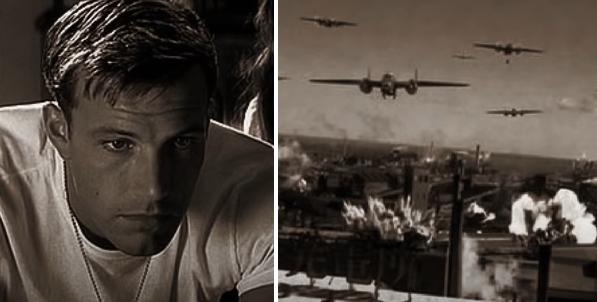 Yes, today marks the anniversary of the attacks on Pearl Harbor by the Japanese empire on December 7th 1941. And of course, as you might have seen the movie Pearl Harbor, you may have noticed some things that were off. A lot of people who are World War II history buffs can point out the historical inaccuracies of the movie.

The film came out in 2001 and was a blockbuster hit. It featured movie stars such as Ben Affleck, Josh Hartnett, Cuba Gooding Jr., and Kate Beckinsale. As well as Alec Baldwin. Although it might not be your favorite WWII movie because of the over the top love story and dramatized events, at the end of the day it’s Hollywood. What can you say.

In this video, Youtube channel Weird History breaks down some of the historic inaccuracies, it an easy way to digest:

A recent video uploaded on YouTube titled “A6M Zero taken down by a pair of F4U Corsairs in 1945” The channel collects archive footages of various experiments, mostly projectile related, as well as military history and technology and weapon trials. The two classic aircraft, A6M and F4U, that was shown on the video got mixed […] More