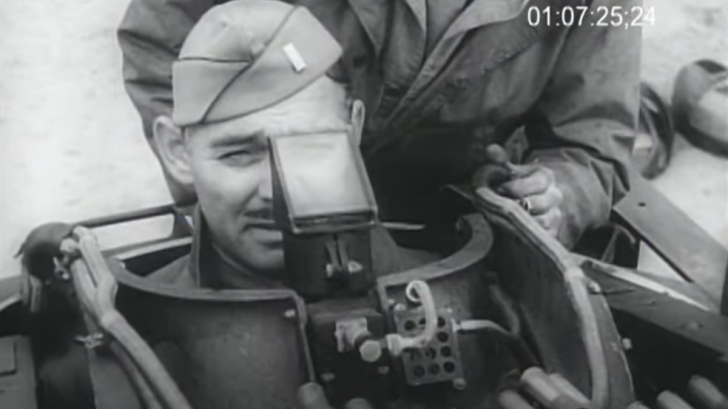 The video took place at a United States Army school where flexible gunnery sharp shooters learn to use aerial machine guns. Gable was an honored graduate of the school. He risked refusing a higher rank and worked his way up. In the clip, he was awarded the silver wings of an aerial gunner, a First Lieutenant in the Army Air Force.

William Clark Gable often referred to as “The King of Hollywood” was 42 when he enlisted as a private in the Army Air Force on August 12, 1942, at Los Angeles after his wife was killed in a plane crash. Gable spent two years as an aerial cameraman, photographer, and bomber gunner in Europe during WWII.

He was stationed at Polebrook to produce a recruiting film for aircraft gunners. Gable was able to fly at least 5 missions as Captain filming 50,000 ft of gunnery combat during 1943. He received the Air Medal for his service.