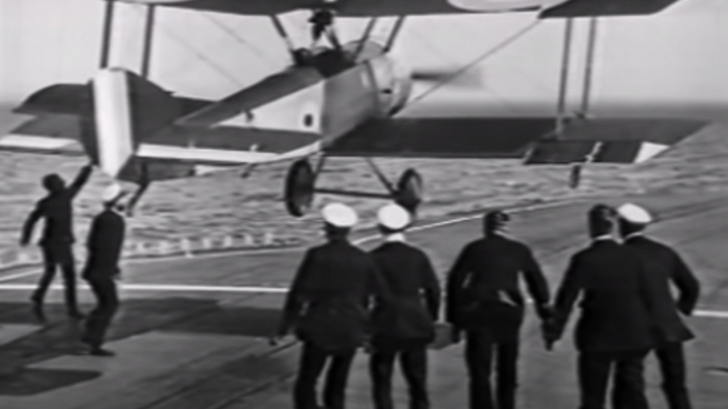 Years back, plane crashes were common when planes mightily struggled to find their footing on landings. Crews on the deck have a couple of seconds to get out of the way if anything comes unexpectedly crashing down. There is no way of knowing where and how a plane would crash, so crew members outside are always in the presence of danger.

Due to frequent tinkering of various warbirds and machinery, accidents can be pretty common. According to a study of a Liberty ship in WWII, 37% of deaths in ships were from the Engine department. Oilers, wipers, firefighters, and engineers comprise most of the deaths. In addition, 33% of deaths come from the Deck department, where most fatalities were Seamen and deck cadets.

Getting sucked into a spinning propeller is not the prettiest way to go. What might seem like something so ridiculous is a constant danger that deck crews need to be mindful of. Carefully thought-out procedures during takeoffs are instilled in these sailors to prevent this from happening.

Ships could not survive a full-on barrage of Kamikaze fighters alone. If it weren’t for escort carriers and strategies like the big blue blanket, the number of ships destroyed by Kamikaze operations would have been way higher. Still, smaller US ships and vessels were sunk by Japanese Kamikaze pilots in WWII.

If Kamikazes were the threat up in the skies, then U-boats were the threat underwater. These German submarines’ primary weapon was the torpedo. Large and heavily-armored ships could be sunk or rendered unusable with just a single well-placed hit. Constant advancements in technology made U-boats obsolete. In the end, they had no choice but to surrender the submarines.

Ships were also susceptible to uncontrollable fires on board. Usually, these fires were caused by torpedo hits or from planes dropping off bombs from above. Malfunctions in the engine room can also cause fires. Fortunately, ships would have dedicated firefighters for these events.

Malfunctions are a part of life when working with such complex machines. Such is the case for catapults used by carriers to launch planes into combat. Sometimes, the power needed to launch an aircraft would not be enough. This is what crew members called a “cold cat.” It could sometimes result in a face dive straight to the water.

Imagine spending weeks out in the open sea, day and night. Sooner or later, weather conditions will turn sour, and ships will be battling the elements instead. Unlucky crew members would fall off the boat and get lost in the ocean, while some could luckily stay afloat until rescue arrived.

During the earlier parts of development, landings were quite hard to do on carriers. They deployed crew members on landing strips to pull down some planes by pulling on the ropes on the plane’s wings. This wasn’t a prevalent landing technique, and rightfully so.

Since plane landings on carriers weren’t seen as safe or even doable before, some planes would opt to land on the water instead. Pilots would ditch their aircraft in the process while the crew fetched them. The planes would then also be retrieved and lifted back up the carriers.