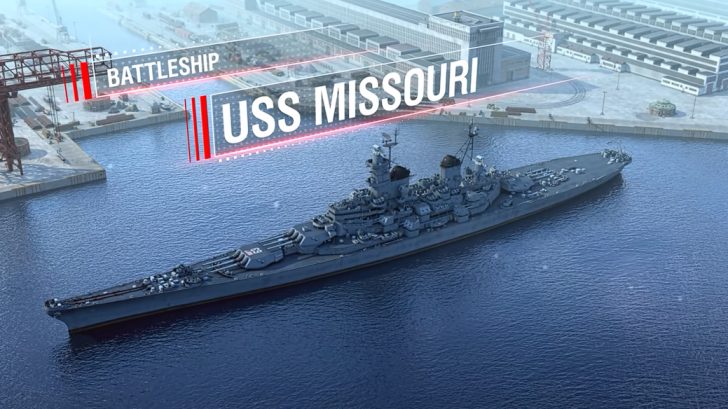 1. The Last US Battleship

USS Missouri is the last battleship that the US commissioned for the Navy. Designated as the BB 63, it was the youngest among its Iowa-class sisters. The ship served in many wars, starting from WWII, the Korean War, and ending after the Gulf War.

Looking at its size, it’s hard to imagine such a vast ship being able to be fast. Yet, the engineers behind the USS Missouri aimed to do just that. Its 270m length gave way to four massive engines with 212,000 shaft horsepower. It allowed the ship to hit 33 knots, an increase from the previous 27 knots that older battleships had.

WWII ended on September 2, 1945, on the teak decks of the USS Missouri. The ceremony began at 9:02 AM and lasted for 23 minutes, with General Douglas MacArthur headlining the ceremony. Foreign Minister Mamoru Shigemitsu signed the Instrument of Surrender to represent the Emperor of Japan.

Allied ships always had to worry about the threat of a Kamikaze attack. As these attacks became more frequent, fighter plane squadrons assisting vessels increased from 1-2 to 4-5 squadrons. Still, the USS Missouri stood tall against the Kamikaze. The crew increased the number of guns on the deck, hoping to shoot down the planes before they could hit the ship.

The USS Missouri took part in a lot of numerous strikes against Japan. On March 24, 1945, Missouri took part in bombarding the coast of Okinawa. While a part of the Okinawa Task Force, the ship shot down five enemy planes and assisted in six other kills. They were also credited with destroying military buildings and gun emplacements.

“The Mighty Mo” was Japan’s first ship to destroy significant industrial buildings during the war. Their constant bombardments damaged the Nihon Steel Co and the Wanishi Iron Works. These attacks surprised the Japanese as the US quickly picked up steam to gain control over Japanese waters.

After the Japanese surrendered to end the second world war, USS Missouri spent its days as a summer training course for trainees. When it was time to enter the Korean War, it was more than ready to fire its guns again. On her first day alone, Missouri damaged two railroad bridges by firing 52 16-inch projectiles. Being the only available battleship at the start of the Korean war, it saw a lot of action during its first deployment.

8. No Losses During The Gulf War

When the battleship served during the Persian Gulf War, it fired a total of 783 16-in salvos and 28 Tomahawk missiles, said Captain Albert Kaiss. He claimed that every sailor who served with him along with the ship came home in one piece, even saying none were injured in the entirety of its service.

It was the first battleship to fire Tomahawk missiles during Operation Desert Storm. Missouri shelled an Iraqi command and control bunker in the first naval gunfire. The ship also assisted in clearing Iraqi naval mines and was credited with at least 15 destroyed naval mines.

To prove how valuable and effective the battleship was, it earned 11 battle stars before it was finally retired. Battle stars are commendations issued to Navy warships for their contributions in combat. In some instances, battle stars were also awarded to warships that survived significant damage during battle.