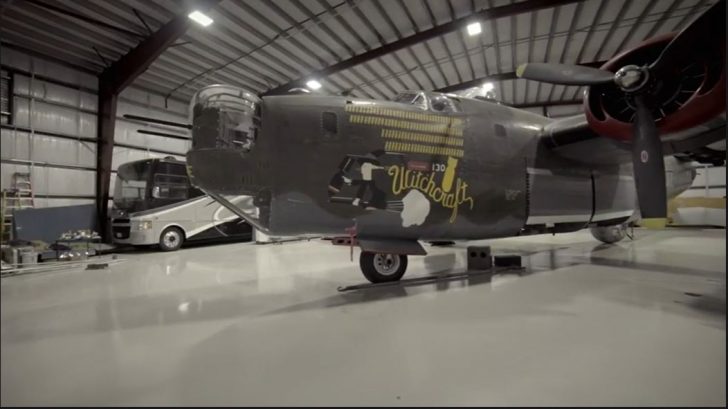 Conceived by Consolidated Aircraft, the B-24 helped the United States become a global force. It also allowed the US to strike enemy territory more than ever before.

Here are the ten reasons why the B-24 was the true workhorse:

1. It was a force to be reckoned with

2. It became the most mass-produced bomber in history

The Ford Company built B-24s like cars, creating a mile-long assembly line called Willow Run. Every 56 minutes, a completed B-24 would roll out at the end of the line.

It’s equipped with 4 Pratt and Whitney Turbo Supercharged Engines and can soar up to 30,000 feet.

A Me262 is a Nazi jet very few new exist. B-24s dropped over 180,000 pounds of bombs on Wessendorf, destroying the airfield.

5. B-24s hammered on the Japanese forces in the Pacific

B-24s strike targets as far as the Aleutian Islands, Southeast, China, and India.

6. Assigned on its longest bombing raid to date

At the end of its first year of service, B-24s fly 7 hours from Midway to Wake Island. The total flight time is 14 hours. On December 21st, 1942, it was able to effectively bomb Wake Island, and all 27 Liberators were able to come home unscathed.

The key feature that gave it range was its long wing, called the Davis Wing. This long, narrow wing was able to create better airflow and greater lift. It also has an enhanced aerodynamic efficiency giving it a better range.

8. The B24s were chosen to bomb refineries in Ploieşti, Romania as it was the only US bomber to reach it with a reasonable payload

The place was home to 1/3 of the Reich’s oil supply and had a series of wells and refineries, and destroying it helped cripple the German Military.

After an incredible air-to-ground duel, a significant portion of the refining capacity was taken out of service thanks to the B-24s.

9. The Allies used it in a variety of missions

The Allies used the B-24s for several roles. They used it for carrying fuel, transport reconnaissance, and other special operations.

10. It excelled as a multi-purpose airplane

Perhaps the most important of its missions was to help with the covert operation of the secret unit of airmen known as the carpet backers.

B-24s gave supplies via parachute to the resistance fighters below, destroyed Nazi doomsday ships, and help seize part of the port. Two weeks later, the people in Antwerp were liberated.

While often overlooked, the B-24 was never underutilized during World War II. It strengthened the Allied forces in battle, earning its name, the Liberator.