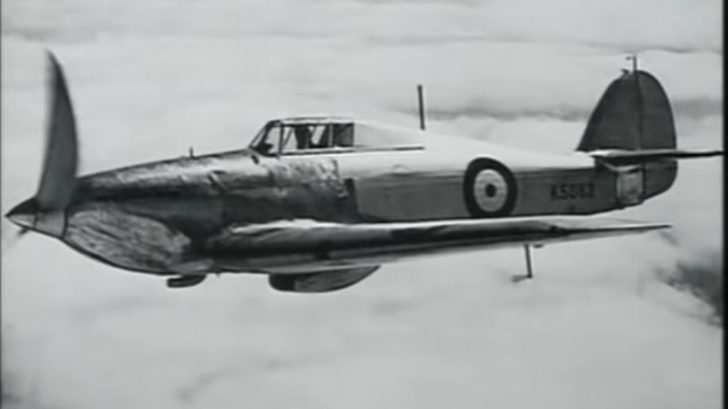 The Hawker Hurricane was the British’s single-seater monoplane aircraft. It was designed by Sir Sydney Camm of Hawker Aircraft Limited in the early 1930s.

It served during WWII, delivering impressive air victories during the Battle of Britain. It would also twelve years servicing the RAF doing performing various roles.

Here are the ten facts that you should know about the commonly overlooked Hurricane:

1. The aircraft’s rugged, old-fashion simplicity made it its greatest asset

While it was overshadowed by the Supermarine Spitfire, a British single-seat fighter aircraft, its simplicity proved to be advantageous. It can also be produced cheaply and quickly in large numbers.

2. It had design features that were quite revolutionary to its day

This impressive mono-fighter broke the notion that monoplanes isn’t as good enough, or couldn’t go head to head with biplanes during a dog fight. Early designs were based on the Hawker Fury biplane powered by the 1,000-hp Rolls-Royce PV.12. While initially named the Fury monoplane, it was later changed to Hurricane.

3. It had speed that was rather unimaginable to its bi-plane predecessors

4. It started the beginning of an era of British high-performing fighter aircraft

The Hurricane was used as a special instrument for the struggle for air supremacy. In 1934, 8 guns were added to destroy enemy aircraft in a single pass.

5. In the hands of skillful pilots, it can be a truly formidable plane

Edgar ‘Kobber’ Kane a Hurricane pilot that became a legend, became the RAF’s first ace in the Battle for France against German opponents.

6. Victory in the Battle of Dunkirk

By the end of the Battle on June 4th, 32 RAF Squadrons and 35 Hurricane squadrons that have seen combat managed to destroy over 132 German planes.

7. Proved itself to be a truly remarkable aircraft

The Hurricane can hold on its own even at increasing altitudes. Its conventional wing layout also made it extremely stable and easy to handle. Pilots who flew the Hurricane often praised it for its forgiving handling characteristics.

8. During the war, hundreds of Hurricanes returned to their airfields with a degree of damage no other fighter plane can withstand

As the Battle of Britain has become more and more ferocious, it became highly prized by pilots, making them more confident to fly a damage-resistant aircraft.

9. In comparison to the Spitfire, it also had another key advantage

Because of its thick wings, its eight guns can be closely grouped more than the Spitfire. Thus, the firing is more concentrated.

10. During the later years of the war, the ground attack became its primary function

In 1942, the upgraded Spitfire had already superseded the Hurricane as a frontline fighter aircraft. Thus, its primary function throughout the remainder of the war was ground attack.

So, there you have it. Those are the ten things that everyone almost forgot the Hawker Hurricane, the RAF’s often forgotten hero during World War II, and the Battle of Britain.