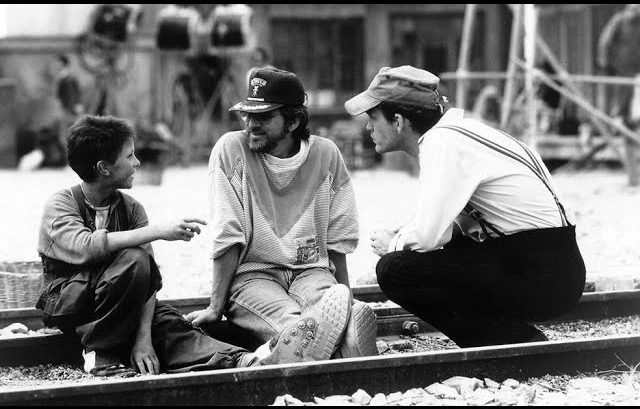 The film, Empire of the Sun, is loosely based on the experience of 12-year-old James Ballard in China. Ballard was a British kid born at the International Settlement of Shanghai, China. The movie shows Ballard struggling and being forced to grow up because of the war.

2. Ballard Played As A Guest

James Ballard, the author of the book, was convinced by Spielberg to make a cameo in the film. Ballard played a house guest member in one of the scenes set at the International Settlement. Ballard was thankful for the opportunity that director Spielberg gave him in the end.

3. Close Call During A Scene

Spielberg had to blow the whistle in one of the scenes involving a huge crowd. Hundreds of extras were used in the scene to simulate a crowd herding the Ballard family away from each other. The team operated with extra caution to protect the actors and especially the child from getting trampled. When it got way too close for comfort, Spielberg and his team had to break it up and rehearse the scene again.

4. Cast Had To Learn Chinese

Since the movie was set in China, the cast had to learn one of the most complex languages in the world. The word “learn” in this context meant that they had to memorize a few phrases here and there. Nevertheless, Mandarin phrases are still quite hard to learn and pronounce.

What made the movie convenient to make is the fact that Shanghai did not change that much since the Japanese invasion. It had almost the same infrastructure and buildings. Granted, the invasion just ended around 40 years ago back then so the ripple effect of the war was still felt in some of its parts.

The food given to the people inside the camp was mainly sweet potatoes and rice. According to Ballard, it came to the point where just thinking about sweet potatoes made him sick. When he went to the UK after the war, he almost gagged when he saw the potatoes being sold at the supermarkets.

People at the camp had to work under the heat of the sun to carve roads and runways out of stone. For this reason, talcum powder was used. Extras had to line up and have talcum powder blown all over them. They even had someone paint their faces with the powder for good measure.

To fully capture the intensity of the bombing scenes, the team had to employ real pilots to man the Mustangs. Four pilots were used during filming – Hoof Proudfoot, Mark Hanna, and Ray Hanna for the Mustangs and Tom Danaher for the Zero.

9. Made Their Own Remote-Controlled Planes

Having a complete roster of airworthy planes is heavy on the budget. To replace them, the team had to build their own remote-controlled planes. These planes had varying specifications, with some having an 18ft wingspan. Most of the RC planes had motorcycle engines in order to support their design.

10. Mustang Scene Only Had One Take

Planning out the Mustang scene took a lot of work and they knew they had one take to shoot the scene. Before shooting, they had to rehearse it multiple times until the pilots and the effects team were in sync. Still, they failed to do it perfectly in one take so Spielberg had to come up with B-rolls to film on the spot.