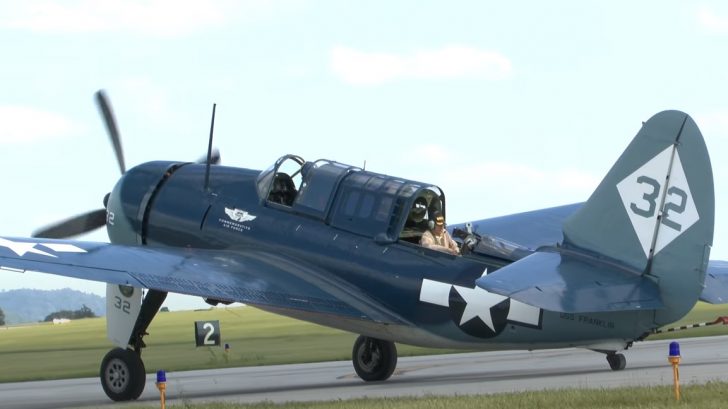 The Curtiss SB2C Helldiver was supposedly the Navy’s frontline carrier-based bomber for the entire duration of World War II. However, it was plagued with problems throughout its development and even after it was officially introduced.

Here are the five reasons the “Helldiver” was the worst and final navy dive bomber:

It showed signs of trouble early on

Even before the Curtiss SB2C’s prototype took the air, it was already plagued with teething problems connected to its engines and three-bladed propellers.

Not long after its maiden flight in December 1940, not even two months had passed when the aircraft crashed. The reason? Engine failure.

The revised prototype was destroyed

Curtiss-Wright, the company behind the Helldiver, was asked to rebuild a prototype. The aircraft’s fuselage was lengthened, a more prominent tail, and an autopilot was installed to help with poor stability. However, the prototype was destroyed during a diving test in December 1941.

Most of the changes were meant to alleviate the aircraft’s disappointing handling characteristics. The alternations merely increased the aircraft’s weight. Thus, the extra bulk led even more to the deterioration of the aircraft’s performance.

While the revised variant of Helldivers started improving, in the Battle of the Philippine Sea in a planned strike against Japanese carriers, out of the 51 Helldivers, only five returned to safety. It was a stark contrast to the Douglass SBD Dauntless, who lost only 2.

While it was the most produced diver bomber in history, totaling over 7,140, the problems that plagued the Helldiver had sealed its fate forever.