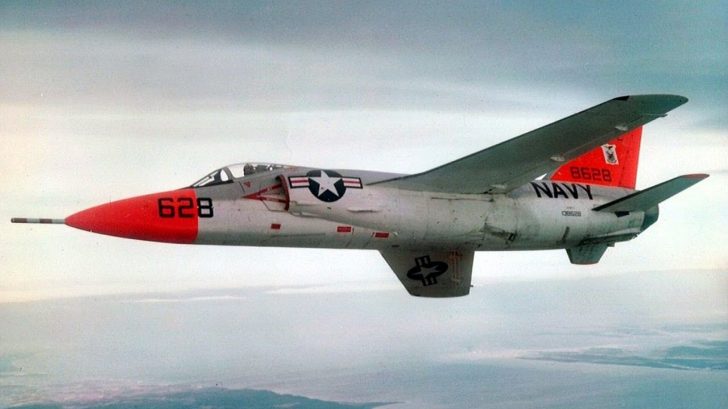 Imagine being so fast you can shoot yourself down. That is the story of the F-11 Tiger, an aircraft so quick that it somehow managed to hit itself.

The US saw the Soviet Union as a strong opponent during the Cold War. They were weary of the USSR’s capabilities, especially when it came to air superiority. When the USSR unveiled their new fighter jet, the MiG-15, the US scrambled to find a way to outclass the new “groundbreaking” fighter.

Most notably, it had swept-back wings that helped it fly as fast as the speed of sound. To make matters worse, the MiG-15 was no slouch when it came to fighting either. Aviation companies such as the Grumman Corporation, were suddenly in a race against time to develop a fighter jet that could rival the MiG-15 in the skies.

A Promising Start and a Lackluster Finish

In 1952, a privately funded idea to modernize the Cougar was done by Grumman. They aimed to improve the Whitcomb area rule which was used to reduce an aircraft’s drag at supersonic speed. By the end of 1952, it barely resembled the Cougar after the prototype was finished. Then in 1954, the first test flight of the prototype exceeded expectations when it almost achieved Mach 1 while not using its J65 engine.

The Tiger made its debut in 1954 alongside the Vought Crusader. It was faster and had better handling than the Crusader at sea level but it was beaten at higher altitudes. The latter was almost 300 mph faster and had farther combat range than the Tiger. The F-11’s engine also reached its full potential and was inferior to the engines used by newer planes. For those reasons, the Navy canceled all further F-11 contracts.

Too Fast For Its Own Safety

Now, here’s where it gets interesting. In an exercise performed in 1956, the aircraft’s burst fire was tested using its four 20mm cannons. The pilot, Thomas Attridge, made a shallow dive at Mach 1 speed while firing short bursts. At the end of his dive, he felt something hit the canopy glass and the engine intake lips. Attridge decided to go back to base but the Tiger’s engine died two miles away from the runway.

He opted to crash land into the nearby trees instead of bailing out. However, this meant that he was on the trajectory of the 20mm rounds he fired earlier. That, combined with the plane’s descent and low pitch made the plane a target of its own bullets. As the Tiger crashed into the woods, it was subsequently hit by the 20mm rounds it fired. The violent crash destroyed everything in its path as the fuel was ignited. Attridge luckily survived with only a broken leg and three broken vertebrae.

Not bad for a plane that shot itself down and left a 300ft path of destruction in its wake.

After an embarrassing test run, The F-11 was picked up by the Blue Angels which used it for well over a decade. It served as a training aircraft in the 60s before finally retiring in the summer of 1967.