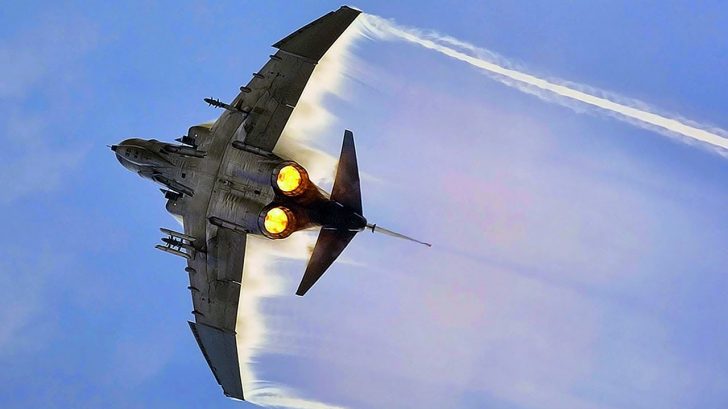 This was a top-secret game-changer only equipped in a number of F-4Ds. They would use the Combat Tree to look around for specialized transponders in Vietnamese aircraft. Transponders were used by the Vietnamese to prevent friendly fire but were subsequently used against them by the APX-80.

The F-4 was a high achiever straight out of production. It set 16 world records, 5 of those stuck until the F-15 decided to break them. These records included setting one for the highest absolute speed of 1,606.34 miles per hour. On the 50th anniversary of Naval Aviation, three Phantom IIs broke the transcontinental speed record, averaging 869.74 miles per hour to complete the trip in 2 hours and 47 minutes.

3. Had No Machine Guns

The early versions of the Phantom II didn’t have any guns. This wasn’t an oversight as some would think. It just wasn’t designed to do dogfights. However, MiG-21s usually challenged the F-4s in Vietnam so modifications were needed to be made. Still, the Phantom made up for its flaws by having a massive payload of missiles and bombs.

Since everyone wanted it to have an actual gun, an M61 20mm Vulcan Gatling gun was fitted in the F-4E version. This version also had a better radar, better engines, and could turn almost as good as the MiG-21 while carrying a full payload.

The Phantom was one of the primary air superiority fighter aircraft used by the US during the Vietnam War. Its kill ratio is still contested but reports usually put it around 3:1 during its stint.