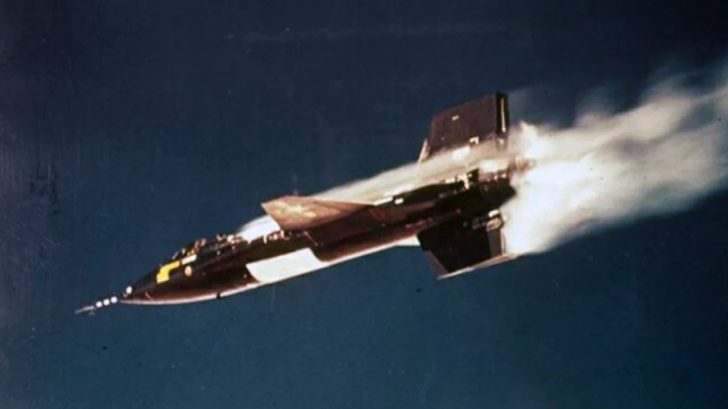 A hypersonic aircraft needs an engine that can meet its needs. Thus came the XLR99 – a liquid-fuelled rocket engine capable of generating more than 50,000 lbf (around 250 kN). Earlier versions used two XLR11 engines that were enhanced to produce 16,00 lbf (71kN).

The first man to set foot on the moon, Neil Armstrong, once was a pilot for the X-15. Another big name to pilot this exceptional aircraft is Joe Engle, who became a commander of Space Shuttle missions by NASA.

A newer X-15 was built after a landing accident. It had a 28-in fuselage, two auxiliary fuel tanks beneath the fuselage and wings, and now with a heat-resistant ablative coating. It was in this version that William Knight reached the top speed of 4,520 mph (Mach 6.7).

While it did reach Mach 6.7, its descent became a bit too dangerous for William Knight. The high temperatures melted the engine attachment pylon along with the vertical tail. He had to dump the extra peroxide tanks to avoid them from blowing up. Luckily, he later landed on a mud lake after overshooting his base.

Major Michael Adams died when he was testing out its altitude limits. During his descent, the X-15’s guidance and reaction controls malfunctioned as it spiraled downwards. Adams could barely stay awake due to the rapid loss of altitude. The plane crashed with him unable to eject out on time. He was awarded Air Force astronaut wings for reaching 50.4 miles in his last flight.