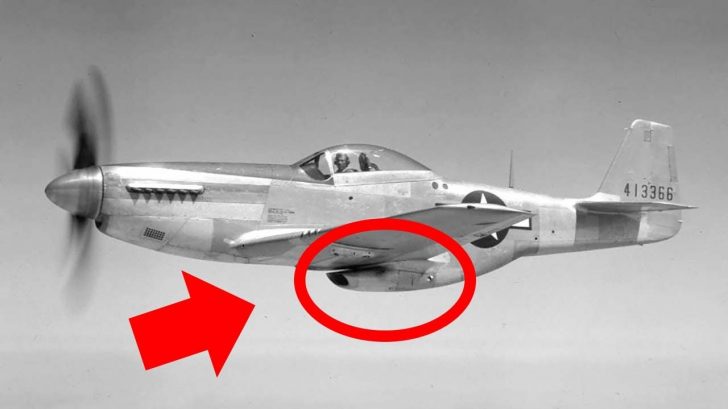 If there’s anything life has taught us, it’s that nobody is perfect. The same thing can be said of any warbird in existence and the P-51 is no exception.

You really have to nitpick to find what’s wrong with the P-51. For the longest time, it was something to do with the engine. Its Allison engine was stopping it from becoming the next-generation fighter the US was dreaming of. Mainly, it was due to its bad performance during higher altitudes (above 17,000 ft). It needed a two-stage supercharger but the Allison V-1710 only had a single-stage supercharger.

The introduction of the Merlin engine and its two-stage supercharger made the P-51 one of the best warbirds of WWII. This move contributed to the shift in public opinion towards the Mustang.

We know now that Mustangs found their role as bomber escorts to be quite advantageous. At the start, however,  P-51 Apache variants like the Invader were dive-bombers. Problem was, that it would lose a lot of speed when it broke its dive, making it an easy target for enemy planes and groundfire.

It wasn’t until it was fitted with a Rolls-Royce Merlin engine along with a new set of machine guns did the Allies shift their missions from dive bombing to a formidable fighter and bomber escort.

The Mustang’s cooling system had a particular weakness. Getting its coolant-filled radiator shot would be enough for the plane’s engine to overheat in under two minutes. This, combined with its dive-bombing missions, led to some losses. In some instances, even just a piece of shrapnel to the cooling system would result in an overheated engine.

For comparison, a P-47 could be cooled on driven air only with no coolant needed.

A problem with radiators was not specific to the P-51. In fact, any plane that used a liquid-cooled engine would have had the same vulnerability. It was up to the designers to cover up this weakness.

When the D variant was introduced, it aimed to fix every weakness that the P-51 suffered from. In earlier versions, the canopy prohibited the pilot from looking back and its guns would usually jam after some maneuvers. A teardrop canopy was later introduced alongside three machine guns on each wing.

As newer variants were introduced, the “fatal flaw” of the P-51 was covered up by introducing armor to the area.