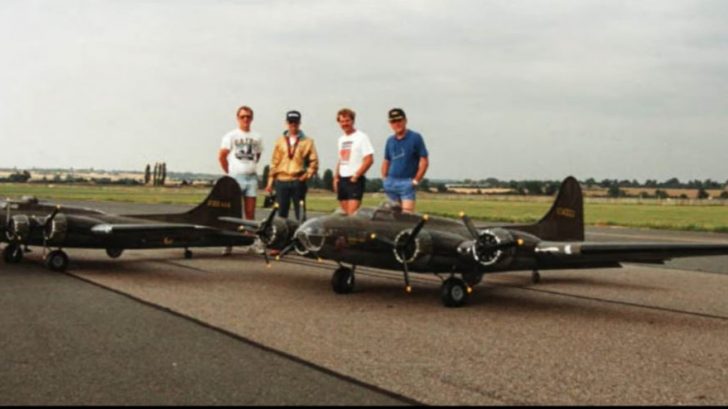 Creator Nigel Blake talked about the miniature B-17 and other miniature effects they made for the film Memphis Belle. According to him, the construction unit built a full-scale runway for their models to use. It was built in perspective with all the real hangers and airfields. Similarly, they also did a crash sequence there. They also took shots of model aircraft that were incredibly complicated.

The miniature runway they built was on a rostrum about 10 feet above the actual taxiway. Similarly, they had loads of models all lined up. Underneath, there were Kala glass heat blowers to get the heat haze coming around the models.

Real aircraft was further up the taxiway. Blake said it was all shot with the models as a big foreground miniature. The fantastic thing about these miniatures is watching them on TV; you can hardly distinguish the models from the real ones!