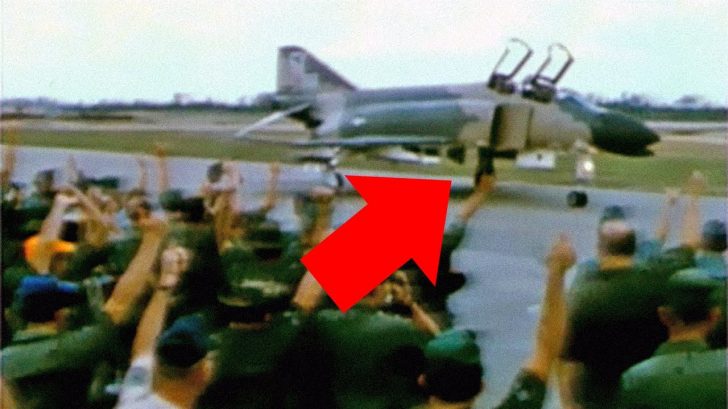 Operation Bolo was led by Colonel Robin Olds and it was used to lure Vietnamese MiGs by mimicking bombing formations. This operation alone wiped out almost half of the Vietnamese’s MiG-21 arsenal. Its success led to the creation of similar operations which also proved to be effective at times.

The first half of the war wasn’t going as planned for the United States. Yes, they still had positive kill ratios all over the board but it wasn’t justifiable. The US had more resources and better technological advancements compared to its enemies. This sluggish start was a culmination of different factors, ranging from lack of preparedness to lack of respect for the enemy.

That’s why various operations were performed to try and break out of it. At one time, they even had to “retrain” pilots in the “Top Gun Academy” as some would call it.

One thing was for certain, the US needed to change something with its approach. Thus, Operation Bolo was formed.

In 1996, the USAF was not permitted to approach and bomb North Vietnamese airfields. They had to destroy the MiGs in the air, but it was hard to do this since they would only deploy their MiGs if they had a clear advantage.

To counter this, Col. Olds and other officers devised a plan that would lure these MiGs by mimicking the F-105 bombing formations. This formation was specifically picked due to the MiGs’ propensity to target F-105s during bombing missions.

Day of the Mission

After several delays, the mission was finally set to be performed in the afternoon of January 2, 1967. Due to the low clouds, it took 15 minutes for the MiGs to respond to the ploy. The first attack came in right after the second group of F-4s entered. The first group destroyed the three MiGs without suffering any losses.

The second flight, led by Col. Daniel James, scored one kill and promptly left the scene. The third flight by Captain John Stone was as successful as Old’s flight, getting three kills as well. In total, they shot down 7 MiG-21s, crippling the VPAF for months.

Thanks to its effectiveness, another ruse was set up by simulating an RF-4C reconnaissance mission with an F-4C Phantom. The mission was done days after the success of Operation Bolo. On January 6th, they managed to trick four MiGs into intercepting them and they shot two of the MiGs down.

North Vietnam had to ground their MiGs for months to retrain their pilots and devise new tactics.