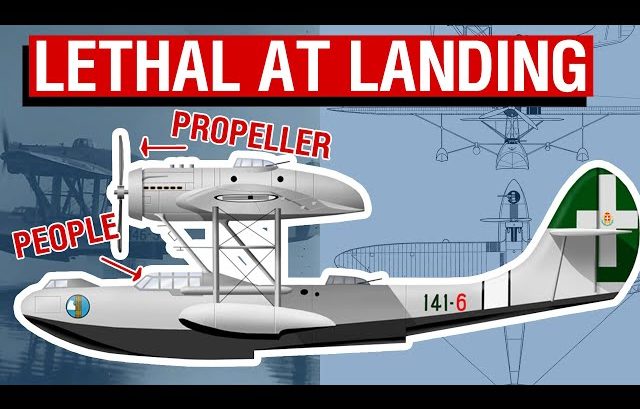 The Z.501 Gabbiano greatly overstayed its welcome. It had its moments when left uncontested but it was no match as soon as capable fighters challenged it.

The Gabbiano isn’t a very popular aircraft due to its lackluster performance in the war and also its design. Not a lot of planes can pull off such a silhouette.

It had a slim fuselage with parasol wings and a wing-mounted nacelle. An earlier version of the Z.501 featured an Isotta Fraschini Asso 750.RC engine. Though it did look like a radial engine, it was liquid-cooled with a circular radiator.

7.7 mm Breda machine guns were mounted in the middle of the fuselage, on its nose, and its nacelle. It could only carry 1,400 lb of ordnance.

It played minor roles in the Italian Invasion of Ethiopia and the Spanish Civil War as sea patrols and air-sea rescue missions. During those times, it lacked a capable air opposition making the Z.501 a fine plane to pilot.

The Z.501 was seen as a very serviceable aircraft, especially during reconnaissance missions. Its endurance was admired by many with some planes having an endurance of 12 hours. In fact, a modified version of the Z.501 established a record flight on July 16, 1934, by flying 3,060 miles in 25 hours.

Its role in search and rescue missions led it to be called the “Mammaiuto” which translates to “Mamma, help me!” in Italian – though, maybe that’s due to how defenseless it was against enemy planes.

Several well-documented tragedies were linked to the Z.501. Namely, its tendency to cut off the pilot’s arms during landing.

The damage wasn’t just specific to the hull either. Its own pilots would often have amputated legs or arms. It was infamous for events like these that it was later nicknamed, “The Slicer”. 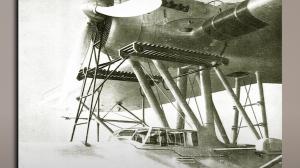 When Italy entered WWII, they were outclassed in every way possible yet they had no choice but to use it since a replacement was still under development.

Their sluggish speeds meant that they were easy targets for enemy planes and AA guns. This would lead to high casualty rates between 1941 and 1942.

It was only effective in good weather, and the wood used in its construction meant it had to be frequently repaired. Not to mention, it had poor handling in high winds and rough seas. 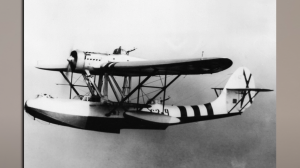