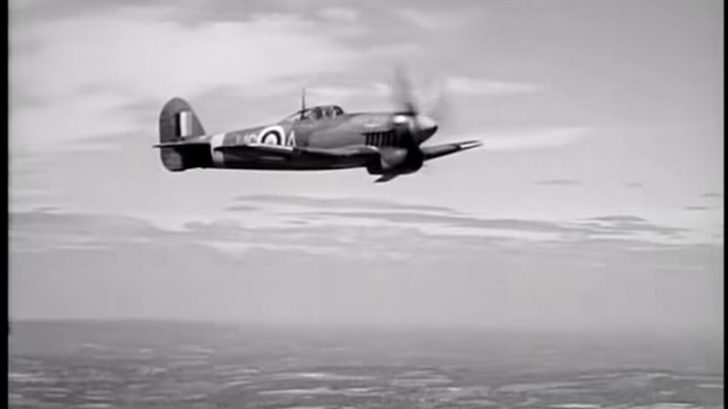 10 Facts About the Less Talked About “Hawker Typhoon”

Here are the ten facts of the less talked about Hawker Typhoon:

1. The Typhoon was a more powerful machine than the Spitfire

It featured a Napier Sabre engine capable of around 2,200 hp. It was more powerful, faster, with a higher rate of climb.

2. The greatest and most explosive extra to the Typhoon’s armory was the 60-pound rocket

When released by the Typhoons in great waves, it created an explosive rocketry across the sky. This also led to the destruction of tanks and other soft-skinned vehicles.

3. It was initially plagued with bad starts

One of the main problems of the Typhoon during its long, illustrious career in the RAF was the distributing tendency for the tail feathers to come and drift. It also suffered from exploding cylinders and carbon monoxide leaks.

During its first nine months in service, more pilots lost their lives because of engine and structural failures than in enemy action.

4. It was often mistook as the enemy plane, the Focke-Wulf Fw 190

Former Typhoon pilot Sir Kenneth Adam recalled how his squadron commander had told him to go back to the nearest airfield when his engine cut on the main tanks and he had to switch to reserve. 5-6 minutes later after he turned back, his commander and two other aircrafts were shot down US high level escort thinking its one of the German enemy planes. The tragic incident caused the lives of the Typhoon pilots.

Interestingly, many of these attacks were recorded on a movie camera placed on the wing of the plane.

6. Even without rockets, the Typhoon became a formidable weapon

It was a first-rate fighter plane with a speed of 400 miles per hour.

7. It was a fighter, dive bomber and rocket carrier complete with flying artillery

In just a day, the Typhoon was able to destroy 81 German tanks and immobilizing 135 others during the Battle of France.

8. Played a key role in the Battle of Normandy

9. It also became a food and leaflet bomber during the war

The Typhoon had only two reasons to drop leaflets. First, to persuade the Germans to surrender, to tell the people of Netherlands to stay there, and that the allies are on their way. It also served as a food bomber, helping the people of Holland survive the ravages of the Germans.

10. It became one of WWII’s most successful ground attack aircraft

While initially a troubled aircraft in its early days, the Hawker Typhoon played a crucial role on helping the Allied forces advance across Western Europe during the World War II.