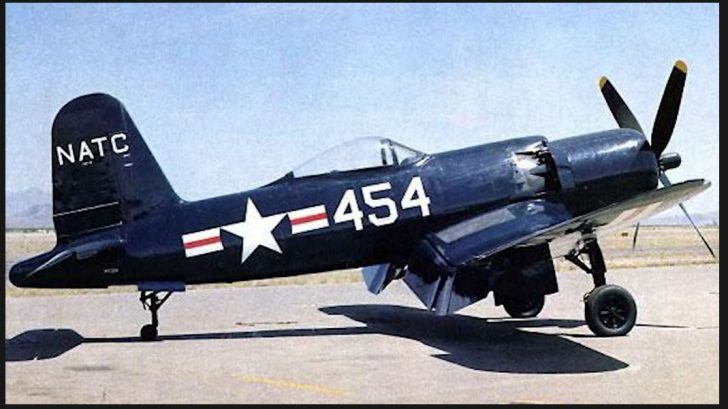 The first thing that comes to mind when thinking of Good Year is blimps and tires. However, during World War II, Good Year was in a prime position to be a major aircraft builder.

The aircraft that Good Year built was F2G Super Corsair. Here are the five interesting things about this almost forgotten aircraft:

1. It was primarily made for the US Marine Corps

It also emphasizes low-level perception and can function like an attack aircraft.

2. It had a higher fuel load and a redesigned taller tail

This is fitted on the auxiliary rudder. It’s often used to compensate for engine torque during take-offs and landings.

2. The original Good Year FG-1 was powered by the Pratt & Whitney R-2800-RW Double Wasp engine, while the Super Corsair got the R-4360-4 Wasp Major

Good Year also talked about fitting water injection, and raising the power output to 3,650hp. This would then have given the aircraft a top speed of 450mph.

3. It didn’t make it a service aircraft

The Marines and US Navy got two new aircraft instead, Grumman’s F7 Tigercat, and F8 Bearcat, that somehow covered the roles the F2G could have performed.

4. Only ten F2Gs were built before orders were canceled

The war was winding down. By the time it flew its first maiden flight in July 1945, it wasn’t really needed.

In the post-WWII era, there was a demand for an exceptional, low-level performance aircraft- air racing. Here, competitors would race at a low-altitude circuit, something the Super Corsair was exceptionally good at. The plane piloted by Cook Cleland won the Thompson Trophy in 1947 and 1949.