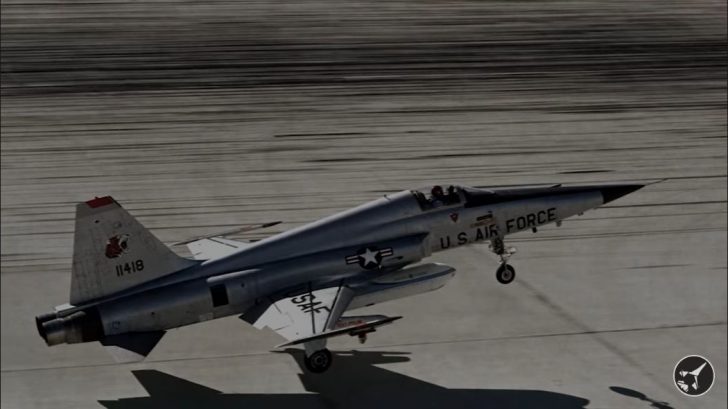 The F5E Tiger II is a lightweight multirole fighter and is the upgraded version of the F-5A Freedom Fighter. Structural improvements and upgrades to the engines and avionics were made while making the aircraft easy to maintain, fly faster, highly maneuverable, and relatively inexpensive.

Here are the five facts about the F5F Tiger II:

1. It’s still in use today as an aggressor or adversary aircraft by the US Navy

It’s still operational in over 25 countries.

Bombs such as unguided iron bombs, napalm bomb canisters, and m129 leaflet bombs can also be used. This allows the aircraft to perform various missions and attack a wide range of targets.

3. By the time the production ended, over 790 F53 models were produced

Other nations also started the produce the aircraft under license. These include 308 in Taiwan, 91 in Switzerland, and 68 in South Korea.

4. The US Navy continues to use F5Es today as aggressors for its fighter weapon school to this day

5. It became a deadly practice combatant that trained countless pilots to be good in air combat

Aside from being used as an aggressive aircraft by the US, F5Es also served many nations and counted as their frontline defense or trainers.

While initially created as an upgraded export version of the F5A, both the US Air Force and Navy had extensively used the tiger as an adversary aircraft.