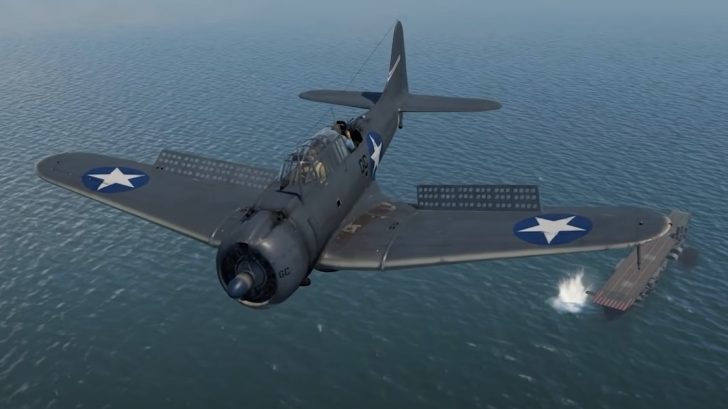 On June 14, 1942, at the heart of the Pacific Ocean, one pilot made a significant contribution to the history of military aviation. His name is Richard Halsey Best, a dive bomber pilot that’s responsible for the destruction of 2 aircraft carriers in a single day of combat.

Richard Halsey Best was born in New Jersey in March 1910. He then graduated from the Naval Academy With Honors in 1932. In the subsequent years after he graduated, he served in the US Navy, flying multiple aircraft. It was also during these years that he began building his experience and skills as a pilot.

Anticipating that the war was probably coming, he realized that he could make the most as a dive bomber pilot. His request was approved, and he was transferred to the Pacific fleet. Starting as a mere flight officer, he then moved up as squadron commander.

On December 7, 1941, Best was aboard the Enterprise when he learned that some members of his squad flew to the Japanese attack as it came upon Pearl Harbor. That same evening, he flew his aircraft on the first enterprise strike to the US entry into the war.

His squadron was responsible for covering Torpedo bombers on the chance that they came across Japanese ships. However, they failed to locate the fleet.

The Battle of Midway

However, the planes got separated along the way except for the dive bombers. On 9:55 am, they reached the Japanese fleet. The dive bombers planned to launch an attack on the nearest Japanese carriers, the Kaga and Akagi.

However, the attack proved to be chaotic. Supposedly, the trailing squadron should take on the closest target (Kaga) while the leading squadron the target further away (Akagi.)

Things started to get awry when one pilot who was previously trained as a fighter pilot brought the leading squadron to attack the Kaga instead of the Akagi.

Best saw this and immediately changed his plans. However, the rest of the squadron didn’t see the signal and continued attacking the Kaga. Now, only three planes were left to attack the Akagi, including Best.

The Sinking of the Akagi

The three dive bombers began to attack the Akagi. The first bomb was dropped by Lt. Edwin John Kroger, hitting the water on the other side of the carrier’s bridge.

The second hit was from Best. He released his bomb, piercing the deck of the Akagi and sending the upper hanger into flames. The final bomb was dropped by Frederick Thomas Weber, bursting apart in the water near the stern and blocking the Akagi’s rudder.

The explosions that followed from the fuel tanks that caught fire effectively marked the Akagi as good as out of commission.

Best was then sent on a mission later that day to strike the Hiryū. He made it through the defenses that were previously weakened from earlier strikes and were responsible for 1 out of 4 hits that sank the carrier.

For his bravery, Best was awarded later on the Navy Cross and the Flying Cross. But as as soon as he arrived from his missions that day, Best coughed blood and had a fever causing him to be admitted to the Pearl Harbor Hospital.

Doctors believed that he inhaled caustic gases because of his plane’s oxygen rebreather heating up, releasing poisonous fumes from the oxygen mask. Because he had contracted tuberculosis before, the fumes worked in conjunction with it making his condition worse. He was transferred to Fitzsimmons General Hospital in Colorado.

After his act of heroism that fateful day, he wasn’t able to fly again, and retired from the Navy in 1944.

Richard Halsey Best will always be remembered for his bravery as a dive bomber pilot. He passed away in 2001 at the age of 91.