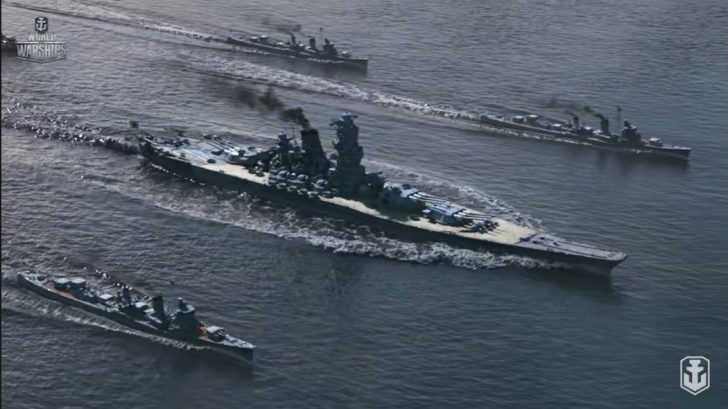 Yamato was one of the lead ships for the Japanese Imperial Navy and was named after the ancient Japanese Yamato Province. It took part in several key campaigns during World War II.

Here are the ten facts that you should know about the massive “Yamato” Battleship:

1. It was the largest, most powerful battleship of all time

After their withdrawal from the Washington Naval Treaty, this caused limitations on the power and size of capital ships. With war on the horizon, the Japanese built the Yamato class, ignoring previous rules set for naval vessels.

2. It was the heaviest battleship in the world

The total expense of building the ship is 130 million yen, which is equivalent to 1 trillion yen at today’s prices.

3. Strict secrecy was maintained during its construction

Because of the size of the battleship, the dockyard in Hiroshima had to be modified so that it could accommodate the ship’s hull. A high fence of mats surrounded the dockyard. Engineers also swore a solemn swear of non-disclosure.

4. Its key features are the main turrets with three 460 mm guns

The guns can fire shells weighing almost 1.5 tons with a muzzle speed of 790 meters per second.

5. The Yamato enjoyed the heaviest armor in shipbuilding history

The armor belt of the Japanese giant created a citadel that slightly covers half of the waterline length.

6. Its first mission was during the Battle of Midway

It served as the flagship of the Japanese combined fleet. However, it didn’t fire a single shot and was only used as an HQ ship.

7. It was not until Autumn 1944 that it fought its first naval battle

She fought with her sister ship, the Musashi, in the Battle of Leyte Gulf. Although the Musashi sank that fateful day, the Yamato was able to sustain only minor damages, but the scene in the Pacific Theater drastically changed during that time.

During this time, WWII had already reached the Japanese home islands, and the commander of the fleet reached a bushido-style decision. On April 6, 1945, it sailed off to fight its last battle.
Along with a light cruiser and eight destroyers, the Yamato and its crew were committed to defending and putting up a fight up to the very end.

Before that, four aerial bombs struck it, and in another 20 minutes, another two more came. A Torpedo also hit her port side. Several hundred Japanese crewmen were killed that day.

While the Yamato sunk as a result of airstrikes, the key reason why it sank was the fundamental lack of ability to resist massive air attacks.

To the Japanese, the Yamato would always remain a symbol of their nation’s might and will always be a legend. For them, the mighty ship fell in battle like a true samurai.