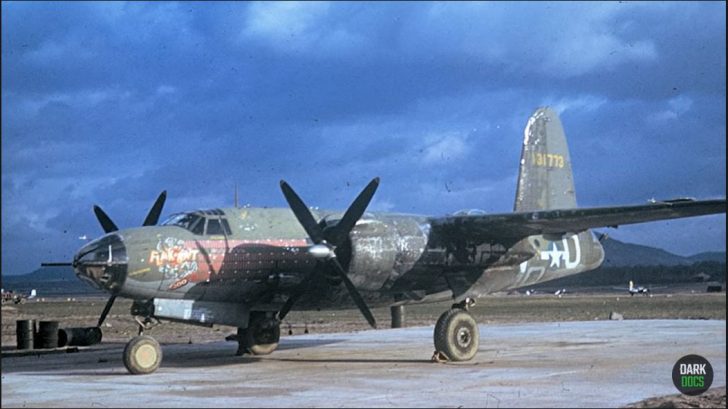 The Flak Bait is the B-26 Marauder aircraft that flew more missions than any aircraft during World War II.

Here are five interesting things that you need to know about the B-26B-25-MA nicknamed Flak-Bait:

1. It holds the US Air Force’s record for having the highest number of bombing missions conducted and then survived during the WWII

It’s only expected for bomber pilots and crews to fly a maximum of 25 combat missions before their time in the military is honorably served. The crew of the Flak-Bait had fulfilled that quota of 25 bomb runs. But feeling the momentum, they knocked out 175 bomb runs for good measure.

2. One of the most impressive things about it is the amount of flak it absorbed yet somehow stayed in the sky

During an anti-aircraft fire, pilots relied on invasive maneuvers. However, during the final seconds of a bombing raid, they have no choice but to fly straight, leaving them highly vulnerable to enemy fire.

3. When the aircraft was assigned to Lt. James L. Farrell and his crew of 5 men, they named it “Flak-Bait” after their family dog, “Flea Bait”

Moreover, the crew calling the plane Flak-Bait gave them an air of nonchalance about being targeted by the enemy.

4. Twice, it flew back with only one engine

On one occasion, it flew on a dead engine while the other was on fire.

5. It’s now under conservation at the Smithsonian Museum in its National Air and Space Museum

This highly resilient aircraft had red bombs painted on its side, each representing a mission. A lone black bomb represented its one-night mission, while the six red ducks represented its decoy missions.