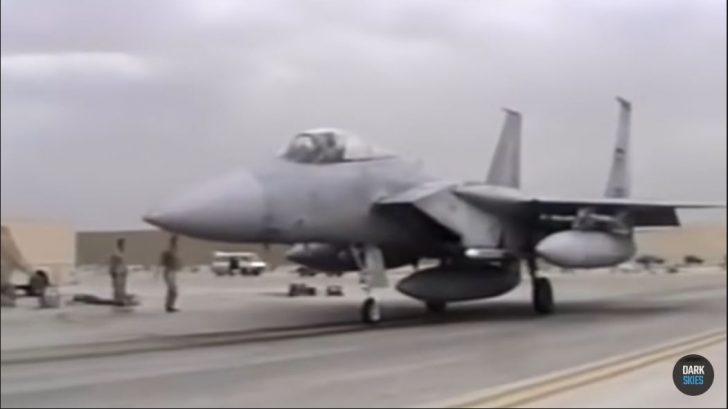 The Iraqi Air Force conducted Operation Samurra during the Gulf War. It was the Iraqi Airforce’s final attempt with the US F-15s, pinning them down on the Iranian border.

The Foxbat and the Eagle

During the Cold War, the Soviet MiG-25 Foxbat Supersonic Interceptor and the US F-15 Eagle all-weather tactical fighter were mortal enemies. Both are known as the most deadline air-to-air combat aircraft. However, the rivals have different designs.

The Foxbat weighs 75,000 pounds, heavier than any fighter jet of its class. It first entered service in 1970. Because of its sheer size, it requires more fuel. It could carry larger weapons, fly higher, and is quicker than any one of its kind. It’s also designed to deploy the r40 missile, one of the most powerful of its time.

Although it lacked space to keep ammunitions like the r-40, the American EagleEagle could still fire seven missiles, which were standard for US fighters in that era.

The aircraft compensated with a more extended range and the ability to take off from shorter runways in the shortest time possible. Overall, it had superior short-range fighting capabilities.

In 1991, it then became open to Iraqi leaders that they couldn’t openly engage with the coalition Air Force.

The Foxbat and the Eagle go head-to-head with each other in battle. The plan involved coordinating the flights of two Foxbats from different directions into an isolated group of Eagles on the Iran-Iraq border.

If the Eagles counterattack one of the Foxbats, the other will fly into a flank position, doubting the Eagle. The Iraqis waited days to find the right time to operate.

During one of their reports, the Xerx-31 approached the minimum fuel required for a comfortable flight. The aircraft needed an hour and a half roundtrip to the nearest aerial tanks. As a result, only two F-15 Eagles are left in the area. One is piloted by USAP Capt. Thomas Dietz. The other was by 1st Lt. Robert Hehemann.

The two chosen MiG-25s had to fly there ASAP. The first aircraft are flown by Capt. Mahmoud Awad, and the other by Capt. Mohammed Jassi as-Sammarai.

The four jets immediately engaged with one another. Capt. Hehemann fired two missiles, but one failed to detonate. Meanwhile, as-Sammarai achieved a radar lock-on with Hehemann, firing the r-40 missiles, which went ballistic, damaging Hehemann’s engines, but the Eagle was still flyable.

Meanwhile, Dietz was engaged in Awad. But after his missiles faired to fire three times, Award got a radar lock on the EagleEagle. Dietz tried to head east and disengage.

Hawad, now unoccupied, fell under Hehemann’s lock on who fired a missile on his aircraft. Hehemann managed to avoid getting hit when Hawad fired back with his chaff and flares. As-Sammarai and Awad then headed west with afterburners on, back to Tammuz.

Meanwhile, the “Xerex 31” closely monitored the aerial battle. The pilots then decided to intercept the two MiG25s. However, a crosswind allowed them to fly above Baghdad, which Iraqi gunners heavily defend. However, they still managed to radar lock as-Sammarai and Awad, firing missiles at them but missed.

Pilot Lt. Col. Randy Bigum fired at Awad, but the latter landed his aircraft before the missile. Bigum fired again at as-Sammarai, at the plane’s final landing approach, but as-Sammarai landed safely, the missile hit the ground. The Xerex 3 then egressed the area before SAMs could shoot them.

Whether these rumors are true, this is the closest an F-15 has come to being shot down in air-to-air combat. Overall, both the Eagle and the Foxbat are undoubtedly worthy adversaries.