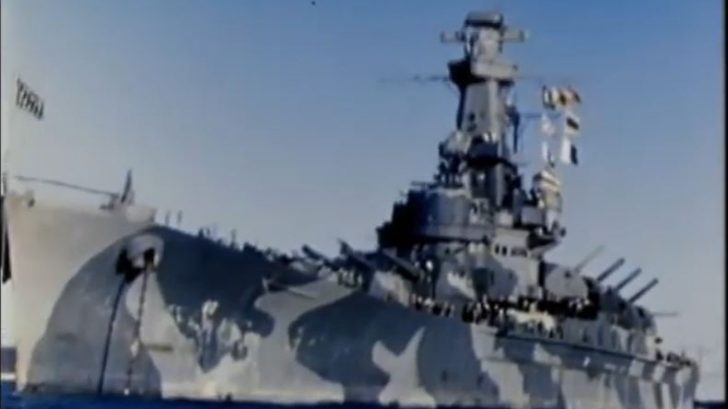 The USS Missouri BB-63, also known as Mighty Mo is an Iowa-class battleship for the United States Navy in the 1940s. It was first launched in a Naval Shipyard in Brooklyn in 1944. Then, it came to the Pacific Theatre in early 1945.

Here are the ten fascinating facts that you need to know about this illustrious battleship:

1. It was the last Iowa-class battleship to enter service

The ship was laid down in January 1941 and then launched in January 1944. Fun fact- the Mighty Mo was christened by then-Senator Harry Truman’s daughter Margaret Truman.

2. It was almost not the last battleship

While known as the last battleship for the US Navy, Missouri’s sister ship, the USS Wisconsin had a higher hull number (BB-64). But it was completed ahead of time.

3. It had three other sister ships

Missouri was just one of the four Iowa-class battleships made. Her sister ships were named Iowa, New Jersey, and Wisconsin.

4. It was the most powerful class of battleships

5. It became a primer target of Japanese kamikaze pilots

Suicidal kamikaze pilots were ordered to crash their planes directly into the ship to inflict maximum damage. In April 1945, a kamikaze plane struck the starboard side, which cause a gasoline fire. Fortunately, the crew was able to stop the fire from spreading, and Missouri was able to sustain minimal damage.

6. The ship hosted the ceremony that officially ended World War II, with the Japanese to the allied powers in Tokyo Bay

On September 2, 1945, Mighty Mo hosted the surrender ceremony of Japan. There, the allies and Japan signed the Instrument of Surrender on the ship’s deck.

7. It participated in several operations after World War II

After WWII, participated in the invasion of Iwo Jima and Okinawa, and it returned to the Pacific during the Korean War supporting the final days of the Battle of Inchon. It also fought against Iraq in Operation Desert Storm, providing fire support.

8. It was decommissioned twice

It was first decommissioned in 1955 and then found new life in 1986, participating in Operation Earnest Will on the Middle East. On 1992, Mighty Mo was decommissioned for the final time.

9. It was moved to Pearl Harbor

The USS Missouri is moved to Pearl Harbor in 1998. The ship opened her water-tight doors again, but this time as a memorial ship and museum.

10. It had several media appearances

The most notable was Battleship, which is a sci-film based on a board game. While Mighty Mo hasn’t said since 1992, it was shown to be sailing on the sea for the movie. Producers have to use three tugboats to look as if it was sailing on their own.

Missouri was a great battleship that became a symbol in World War II. It also went on to serve numerous operations before it became a museum ship in Pearl Harbor, Hawaii.