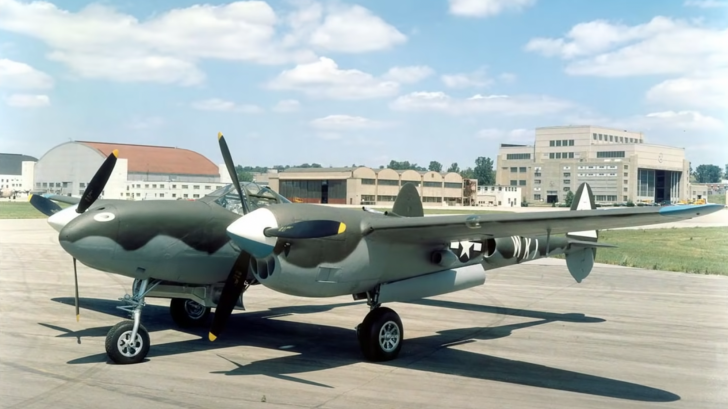 Compared with the prices of the P-47 and P-51, the price of the P-38 is alarmingly higher than the two. In 1944, a P-38 could cost $97,000 while a Mustang was only $51,000. Buying something cheaper that performs way better is a no-brainer. We saw the rise of the P-51s in the later parts of the war due to their effectiveness and cost efficiency.

P-38s suffered from high drag coming from the wings and gun ports. NACA’s research about this created new ways for future designs to minimize drag. This information didn’t benefit the P-38 as it was well under development when newer specifications were released.

Earlier P-38s used the leading edge of the wing as the intercooler. This posed a problem since it only had a cooling capacity of 1,050 hp. If the pilot used more power than that, the engine’s temperature would continuously climb until the engine failed. This was fixed in the J model which had intercoolers capable of cooling the entire output of the engine.

The introduction of the J models gave way to the usage of 1600 hp in L models. For comparison, a P-38G could only output 1,325 hp while having the aforementioned problems such as intercoolers and engine failures.

Typically, when a plane gets a new and improved engine, a new propeller is expected to be installed. This didn’t happen to the P-38, even after increasing its power output by 40%. New propellers were installed in later versions (P-38K), but only two of those were made. Not changing the propellers meant not being able to fully accommodate the power output given by the new engine.

Some P-38s were forced to abort their escort missions and return to base due to engine failure. Oil coolers would congeal the oil to sludge, radiators would lower the engine’s temperatures below the optimal range, and intercoolers would chill the fuel/air mixture too much. In addition, the temperature inside cockpits would result in severe pilot frostbite.

The Lightning had a high-speed airflow over the wing root thanks to its unusual shape. It resulted in a low Mach speed, causing compressibility. This problem would only present itself when a P-38 would dive from higher altitudes starting from 25,000 feet. Problems with the aircraft’s controls were observed during this time which gave Axis pilots plenty of advantage in fights.

For a fighter plane, the P-38 had a relatively slow roll rate compared to other planes it shared the skies with. This was solved in 1944 when newer hydraulically boosted ailerons were used for J models. It saw improvements in its rate of roll and enabled it to go toe to toe with the maneuverability of German fighters.

Captain Robin Olds himself was critical of the P-38’s learning curve. He was quoted saying:

“The fact is, the P-38 Lightning was too much airplane for a new kid and a full-time job for even a mature and experienced fighter pilot. “

Now, don’t get me wrong. American pilots were generally trained well. They just weren’t well trained for a complex twin-engine fighter such as the P-38.

The shape of the P-38 is recognizable to all aviation enthusiasts. Unfortunately, this did have its cons during WWII. Its distinguishable silhouette meant that enemies could quickly discern it from other aircraft which arguably made it easier to engage the P-38 in fights.

The video below shows more problems associated with the P-38 and has more in-depth explanations. Watch him dissect the P-38 in the video below!