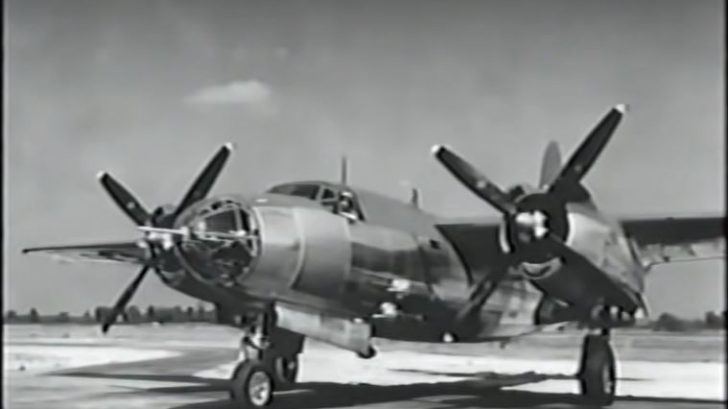 The B-26 Marauder is an American twin-engine that served during WWII. The aircraft served in the Pacific Theater in 1942. Furthermore, it was also used in the Mediterranean Theater, Western Europe, and other key locations.

Here are the ten things about the B-26 Marauder:

1. It had the infamous nickname, the “Widow Maker”

The high wing loading of the design and enhanced landing and take-off speeds caused many accidents.

In fact, the accident rate was so high that the Army Air Safety Board had to investigate.

2. B-26s overcame the jinx and restored their reputation

Despite this turmoil, the 6th B-26 group at McDill Field was formed under Col. Lester Maitland. With his leadership and discipline for flying crews and ground maintenance personnel, plus the manufacturer’s changes to the carburetor distributor and propeller feather systems, B-26s quickly overcame their bad reputation.

Maitland’s group flew over 10,000 hours of training but never lost a plane or crew.

3. Its first operation in England was flown at low-level against power stations that ran enemy submarine pens in Holland

Later, B-26 groups would destroy and eliminate all airfields in France and Holland being used by the Germans, driving them back to Germany.

4. Flak was a big enemy of the B-26s during airfield missions

One of them was when the RAF No. 14 Torpedo Squadron successfully used the plane as a torpedo bomber throughout the war in the Mediterranean.

6. Later in the war, men who flew B-26s were high on praise for their ability in combat to take in severe damage and still get home

B-26 losses after two months in England were the safest and best combat record by a percentage of any allied plane in the theater.

7. It flies best at medium level

B-26s work best in medium-level attacks, especially if fighters escort them. They could easily hit targets from above 10,000 feet.

Furthermore, the B-26 does well in long-range reconnaissance roles.

8. It’s often confused for another plane

It’s often mixed up with the Douglas A-26 Invader light bomber, another twin-engine warplane.

9. Only a handful survive

In 1945, B-26s were hastily pulled from service. Some were sold off to private buyers, while others were converted to small passenger planes.

However, as if this writing, only seven B-26s are left in the world today, with one model appearing in the collection of warplanes in the US Air Force Museum at Dayton, Ohio.

10. It flew everywhere the US fought

The first unit to receive the B-26s was the 22nd Bombardment Group. As more B-26s entered service, they began operating in all theaters of the war, from the Pacific, North Africa, and the Mediterranean, all the way to Western Europe.

The Martin B-26 Marauder was an American twin-engine bomber that saw extensive service during WWII. The US Air Force flew this forgotten warbird in all theaters of operations until it was withdrawn from service.