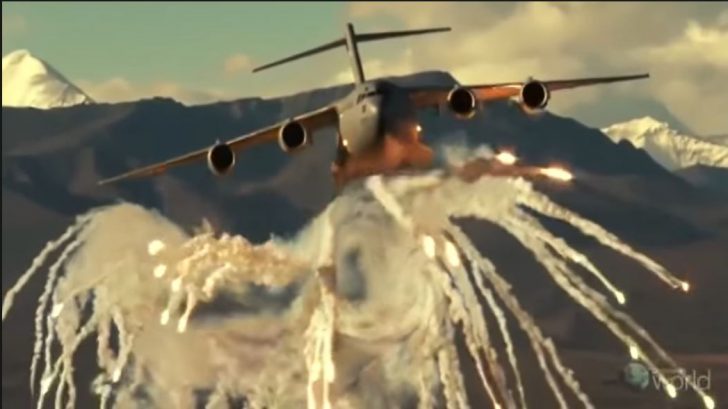 The C-17 Globemaster III is one of the most versatile cargo planes in the US Airforce. It usually can do strategic and tactical airlift missions, transporting cargo and troops from all over the world. Its additional missions also involve airdrop duties and medical evacuation.

Here are the ten facts about the C-17 that make it so glorious:

1. It’s a tireless workhorse that’s built to carry over 77,000 kilograms of cargo

This is roughly equivalent to eight Mack trucks. It could also carry approximately 102 troops/paratroops, 36 litter, and 54 patients that are ambulatory and their attendants.

2. There are approximately 221 of these giant flyers in the US Air Force

The planes are spaced out on over 12 bases. One of those bases is the Pearl Harbor-Hickman in Honolulu, Hawaii, home to eight C-17s.

3. The plane can take oversized cargo even on small runways

For instance, Captain Nick Carr and his crew had an order to pick up Patriot missile launchers from a remote Pacific Island and take it back to California.

Kwajalein Island’s small runway is only a tiny runway over just 2,000 meters long and ends on the ocean edge. Thus, landings here can be hazardous if the crew doesn’t manage to stop on time.

Fortunately, the aircraft is specifically designed to land on short, unpaved runways. The key to these short landings is a propulsive lift system that directs engine exhaust to the wing flaps.

4. In the heavyweight world of cargo, the C-17 manages to rise on top

Its 53 meters from the nose to the tail is twice as long as the 737. It also has a wingspan that stretches for over 51 meters.

5. It’s designed to handle all kinds of heavy loads

The C-17 is highly adaptable.

6. Whether it’s moving missiles or delivering troops to a combat zone, the C-17 is obviously designed for more

To sharpen their combat skills, pilots practice wartime missions known as the “Arctic War Day,” wherein C-17s are the center of the action and play a vital role in the operation.

One mission involves dropping paratroopers in a remote mountain valley and then rescuing two American operatives that carry vital pieces of information.

7. For an aircraft that tips the scales at 190,000 kilograms, the C-17s are surprisingly nimble

It’s also an extremely impressive aircraft. You just need to anticipate the direction you’re turning and how advanced you will need to make that turn, and will usually depend on several factors like airspeed and altitude.

During combat situations, the size of the C-17 makes it an easy target.

Thus, it had magnesium flares that protect the aircraft from any infrared threats. It leaves distinctive smoke trails known as the “angel wings.”

9. It has a fantastic brake system

The plane will stop at a very short distance. C-17s can go down from 320 to 40 kilometers per hour within seconds.

It has broken 22 records for oversized payloads. Furthermore, it also won the Collier Trophy, one of the most prestigious aviation awards in the US.

Undoubtedly, the C-17 Globemaster III is a one-of-a-kind aircraft and a class of itself!