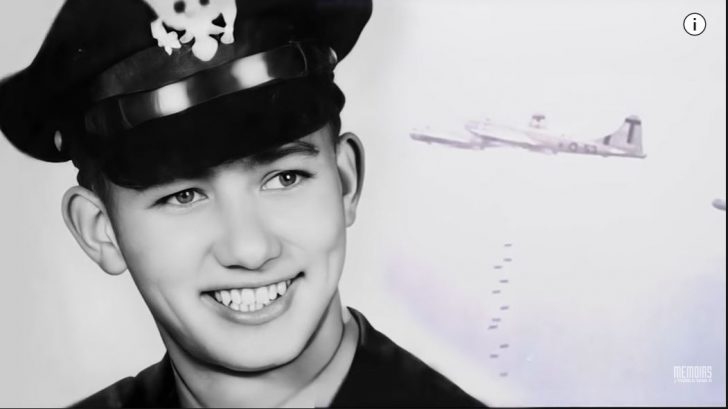 The day was August 15, 1945. Marvin Martin was aboard the Big Hutch, a navigator at the B-29 Superfortress as a navigator. He was serving the 20th Airforce in the Pacific Theater.

Their target? A refinery in Akita, Japan, that was approximately 4,000 miles away.

Martin, a war veteran, retells his epic story on what could have otherwise been the last mission of World War II.

1. Most people thought the atomic bombs ended the war, but it really didn’t

In August 1945, several days after the bombings in Hiroshima and Nagasaki, Japan had yet to surrender.

Japan’s bushido code and military culture mean that the Japanese would rather die than surrender. The US planned an all-out strike to bring Japan to its terms.

President Truman thought that Japan stalled before and then bombed Pearl Harbor.

So, he ordered an all-out, thousand plane raid to saturate Japan. This move was to force Japan to surrender eventually.

3. Martin was sent to Grand Isle, Nebraska, to form up with the team

He came right at the last minute. He joined the crew just right when they were ready to leave overseas. They were ordered to fly to Akita and destroy a refinery, along with other targets. Martin’s leadership was worried about the Russians possibly joining the war, and use up the gas in the refinery, and then putting a stronghold there.

Interestingly, they didn’t fly like a formation. “Instead, we flew like a cat on tails,” Martin said, describing the takeoff during the last mission. Moreover, they had no armaments except for the tail gun. However, by being stripped down and losing all the weight, it’s easier for them to fly.

The B-29s flew non-stop. For Martin and his colleagues, it was the longest and last flight to World War II.

According to Martin, roughly 140 B-29s flew over Tokyo. This made the Japanese believe that this was another atomic bomb attack, so they went into complete blackout- with the city lights going completely dark.

The crew of the Big Hutch then made its way to Akita to bomb the refinery. However, they faced danger during the mission. Once the refinery would become so hot, the thermals would completely wreck the plane.

Thus, their pilot was skeptical about entering the whole inferno. Fires came up, and the crew felt they were being blown all around. Fortunately, they went through the whole ordeal and survived it.

On the way home, Martin and the rest of the crew of the Big Hutch finally heard the news that the war was over.

“Coming home, after 3 ½ years, we heard the big news- the war was finally over! Thank God!” Martin exclaimed.

Marvin Martin’s experience as part of the last flying mission of the B-29 Superfortress during World War II was truly remarkable. He was one of the surviving veterans who got to share his story during those fateful years of the war.