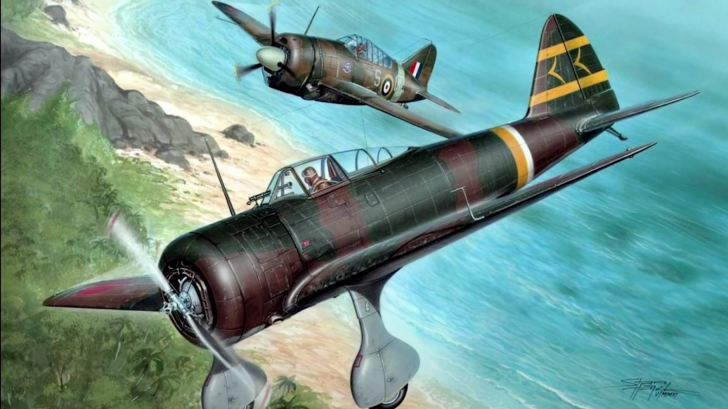 Japan was looking for their first low-wing monoplane to replace their Ki-10 biplane fighter. The Ki-27 won due to its low wing loading and good maneuverability. The lack of more armaments meant it weighed considerably lesser than Western fighters.

This highly nimble fighter was preferred by many Japanese pilots for its speed and maneuverability. Back then, the Japanese Army Air Force pilots highly favored agility, often excluding heavier and better armaments. This type of design specification can be seen in other planes such as the more popular A6M Zero.

Shinohara was the highest-scoring ace of the Japanese Air Force. In just three months of flying his Ki-27, he managed to claim 58 victories. On his first day of combat, he shot down 10 planes and became an ace within 24 hours. Once, he even downed 11 planes on a single day which set a Japanese record.

As the war winded down, the Japanese Army was desperate enough to use all available weapons and machines they had to fight back. Ki-27s were almost obsolete at that point so the Japanese equipped them with 1000 lb explosives to be used for kamikaze attacks.

Learn more about the Ki-27 by watching the video down below.