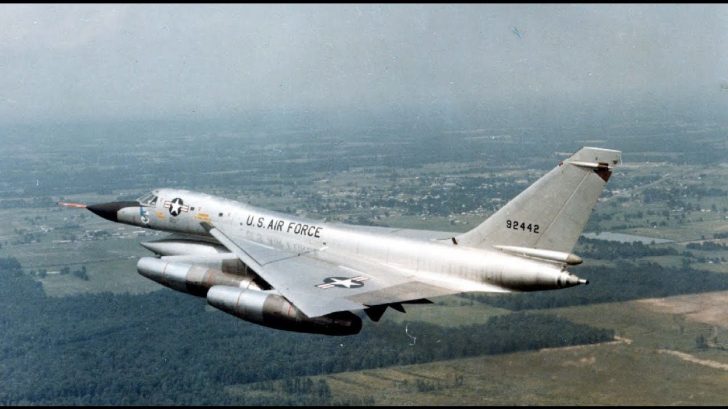 1. The Champion of Champions

The B-58 Hustler was ahead of its time when it was first introduced in the 1960s. As proof of that, it won 5 major trophies that we’ll include in this list, along with the world speed records it set.

Four months after the Thompson Trophy, another B-58 crew got the Bleriot Trophy. The Hustler flew 669.4 miles in 30 minutes and 45 seconds at an average of 1,302 mph. From Edwards Air Force Base to Arizona, the crew only did the flight on one try. The trophy was retired afterward, making them the permanent winner of the Bleriot Trophy.

7. Got The Bendix Trophy and Two World Records In A Day

In 1962, the final Bendix Trophy was awarded to what was dubbed “Operation Heat Rise”. Two B-58s flew over from Los Angeles, California to New York City. The first B-58 set a west-to-east transcontinental speed record by completing the flight in 2 hours and 58 seconds at 1,214 mph.

The B-58s were not done after winning the Bendix Trophy. Right after arriving in New York, the B-58 that won the trophy refueled over the Atlantic, passed over New York, and began its return to LA. It set an east-to-west transcontinental record time of 2 hours, 15 minutes, and 50 seconds. They completed the round trip in 4 hours, 41 minutes, and 15 seconds – which, again, broke another record.

Major Fitzhugh Fulton set a record on September 8, 1962, that still stands today. Piloting a B-58, he carried 11,023 lbs of payload at an altitude of 85,360 ft. Because of this achievement, he received the 1962 Harmon International Aviation Trophy.

If Jimmy Stewart was to be believed, then the B-58 aimed for total destruction of enemy aggressors at supersonic speeds with impeccable accuracy. It can fly at Mach 2 speeds and carry a maximum of 19,450 lb of payload. With those numbers, it’s not that hard to believe his statement.

The B-58 has achieved so much in such a short amount of time in service. Learn more about the B-58 from Jimmy Stewart himself in the video below!