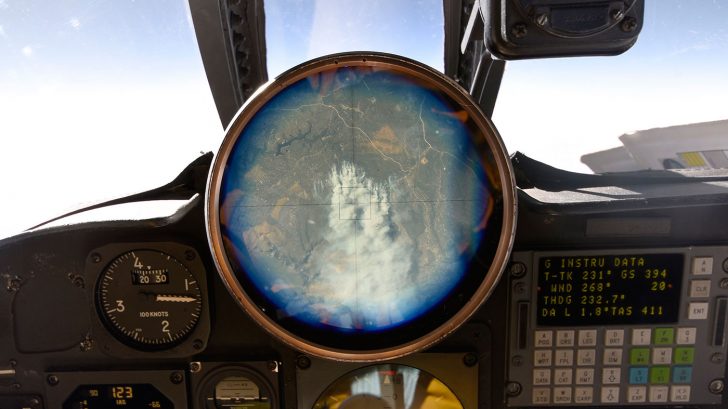 Just like the B-52 Stratofortress, the U-2 Dragon Lady is still actively used today. This high-altitude reconnaissance plane just keeps getting better and better.

Its first flight was 67 years ago and was in service about a year later. It could fly up to 70,000 feet and still perform its duties in all types of weather and time. The U-2 has been so effective that it’s been used in all conflicts involving the United States since it was introduced.

Yes, it was developed to be used in wars but those have a tendency to end unlike tragedies and calamities around the world. The U-2 provided pictures of floodwaters when Hurricane Katrina struck New Orleans in 2005 and provided the same help during the Haiti Earthquake in 2010.

An updated variant of the U-2, called the ER-2, is used to aid climate change research by providing digital multi-spectral imagery. Hurricanes and storms are also studied to determine their intensity and landfall impact.

These cameras can go as big as film projectors and are used to distinguish objects as close as 8 inches to as far as 70,000 feet apart. It could also produce high-resolution images stretching up to 250 miles in any direction for the pilots to see. After missions, it would have 2 miles worth of film and only 5% of it will be used for military planning.

The U-2 had a fleet of 30 planes deployed in Afghanistan, Syria, and Iraq. The massive reconnaissance plane helped Marines hunt explosives and detect insurgent footprints over its areas.