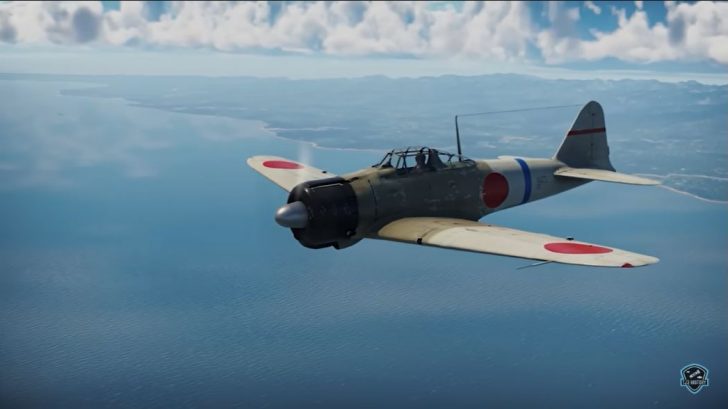 The Mitsubishi A6M Zero was a Japanese long-range carrier-based fighter. It was deployed in combat from 1940-1945. During its years in service, the aircraft achieved an outstanding kill ratio and unprecedented dominance in air combat.

However, there are still some fascinating and relatively unknown facts you never knew about this incredibly nimble and quick fighter that terrorized many allied pilots during the early years of World War II.

It would score its first aerial victory when 13 zeroes went into combat with a force of roughly 30 Chinese fighters- Soviet-made i-15s and i-16s.

An intense dogfight commenced for half an hour, where the Zero proved far superior to the Soviet aircraft. Only 4 Zeroes were damaged, all returning to base. On the other hand, Chinese losses are well into the 20s.

4. It was a game changer in aerial warfare

Zeroes leveled the playing field between seaborne and land-based aircraft.

It was the first time a plane could take off from the sea and confidently dogfight with any aircraft it may run into, either from a ship or an airfield.

Unlike the US, Japan lacked resources. Its great engineers were limited. The country also lacked the large economy that the US had. Its military was also plagued by the quarrel between the navy and army.

As a result, the development and production of war machines like aircraft were often slow.

2. Its impressive asset is its incredible range

The earliest model of the Zero boasted a range of astounding 1180 miles, thanks to its trading of armor for speed and fuel efficiency.

1. Few close calls that could have changed the history of the conflict

During the attack on Pearl Harbor, two Zeroes were shot down and almost fell into the hands of the US, fully intact.

However, the damages prevented the US from taking too much information from the incredibly agile warbird. Thus, keeping the Zero’s valuable secret hidden for the foreseeable future.