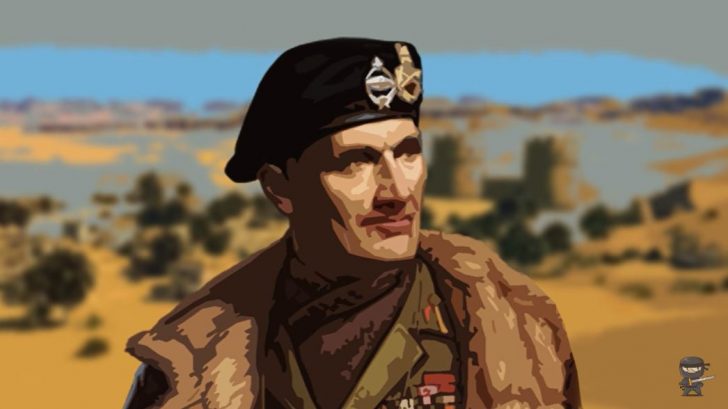 Bernard Montgomery was a British soldier who fought in the First and Second World Wars.

Famously known as the Spartan General, here are the facts that you didn’t know about one of Britain’s best WWII commanders:

1. He attended the Royal Military College Sandhurst and was almost expelled

Montgomery grew up to be a kind of bully primarily because of a difficult childhood, and he was almost expelled in school for rottenness and violence.

However, he managed to graduate and was commissioned to the 1st battalion of the Royal Warwickshire regiment as a second Lieutenant.

2. During World War I, he fought in the Battle of Le Cateau

A few weeks after the battle, he found himself shot in the right lung by a sniper and hit in the knee. He was awarded the Distinguished Service Order for his leadership. He turned the enemy out of the trenches with a bayonet while being shot in the lung.

3. In 1941, he became the commander of the 7th Corps, responsible for the defense of Kent

During this time, Montgomery instituted rigorous training and insisted on high levels of physical fitness for both officers and other ranks.

His effectiveness would earn him the promotion of Lieutenant general, and he was given the command of the Southeastern army.

Exercise Tiger was a combined forces exercise that involved more than 100,000 troops. It was the largest military exercise in the UK to date. Montgomery was instrumental in turning dispirited soldiers and officers into the greatest British fighting force of the war.

5. Led the allies to success during the D-day landings of June 1944

After almost a year, the allied forces fought through France to Berlin, where the war finally ended with the Allied victory.

Still, Montgomery faced a lot of controversies after the Battle of Normandy. His lack of diplomacy was known, and he constantly clashed with Eisenhower. The latter considered removing him from the command altogether. But because he was popular with his soldiers and the British people, he stayed in command.