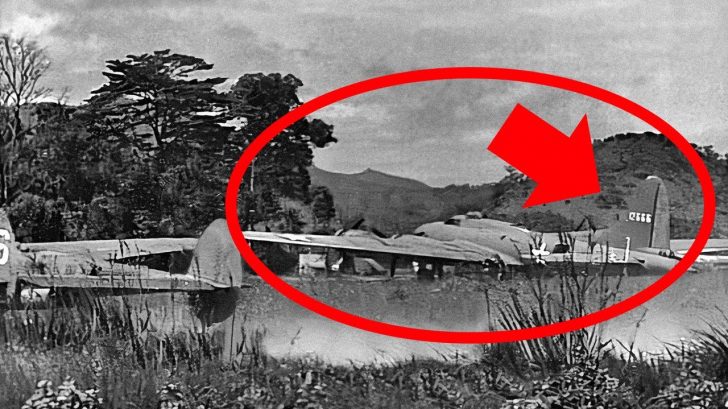 Doomed From The Beginning?

The tail number of this Flying Fortress featured a controversial number, 666. Nobody wanted to use it even though it returned from its missions in an airworthy state. Later on, this B-17 sustained damage from its mission and was left alone in a hangar.

Operated By A Crew of Misfits

Fresh off of his promotion as the head pilot, Jay Zeamer quickly formed his crew. They would call themselves the “Eager Beaver” because of Zeamer’s willingness to volunteer for every mission he could get his hands on, the only thing missing was their plane.

The crew soon found the dusty B-17 in a hangar at the back of their base. They tried their best to fix and modify it to their liking. After they were done, nine extra guns were fitted into the plane. They changed some to twin-mounted machine guns and increased the caliber of most of them from .30 to .50 cal.

They were assigned to do a mission alone over the coast of Bougainville Island. The mission was about to end when the crew was attacked over Buka Island by at least 17 Japanese Zeros, most notably five from below, two on the rear, and three in front.

Five Zeros were shot down with Zeamer getting one using the gun on the plane’s nose. Lucy, once again, returned to base still repairable but with heavy crew damage. In total, 4 were wounded and the bombardier, Joseph Sarnoski died. The crew all earned the Distinguished Service Cross while Zeamer and Sarnoski were also awarded a Medal of Honor.

As for Lucy aka Old 666, the changes done to her were reversed. She flew two more missions until retiring in 1945 to be sold for scrap.