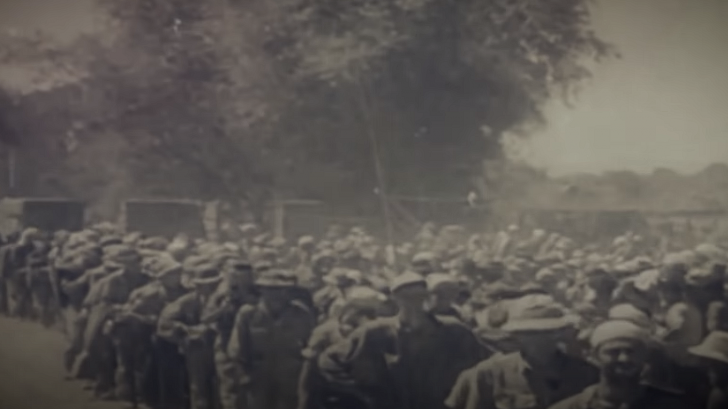 In the last 2 weeks of fighting, food rations dwindled down to 50%, and the 26th cavalry was forced to slaughter their horses for food. Meanwhile, the Japanese forces were getting their rest and were reinforced with more troops.

2. MacArthur Was Forced To Leave

The US Government valued MacArthur a lot, and losing him would affect the morale of the remaining troops in the Philippines. To prevent this, he was ordered to leave to preserve his life. This was when he uttered his iconic phrase, “I shall return”.

The Japanese opted to take over Bataan with a three-pronged attack, taking Samat and Mariveles in the process. Filipino troops on the frontlines were subjected to heavy artillery hits by the Japanese. On April 3, 60 tons of bombs were dropped in preparation for the Japanese infantry assault.

On April 6th, the defending troops launched a counter-offensive to take back lost positions north. Unbeknownst to them, the Japanese army already planned an attack on the east side. Little by little, US and Philippine troops were picked off and encircled. By the end of the day, the main line of defense was erased.

With the main line of defense down and the defenders’ morale at its lowest, the 4th Division of Japan aimed to focus their attack on the east. An unrelenting bombardment of artillery scattered the remaining US and Philippine forces to the south, from Samat to Limay, then to Lamao, and finally to Cabcaben.

Philippine troops in the west still haven’t suffered any major losses. The fall of the east side of their defense forced MacArthur to launch an offense from the west to the east. Major-General Edward King knew this was suicide and decided not to follow orders.

The 7th Tank Division and a part of Nagano’s infantry went straight to Mariveles where they were met with no opposition. Negotiations soon befell Major-General King and Major-General Nagano Kameichero to prepare for a peaceful surrender.

To save his remaining troops, King entered peace negotiations with Nagano. The Japanese officer reassured King that the Imperial Japanese Army was not barbaric. King soon found out how animalistic the Japanese treated their prisoners of war.

An estimate of 80,000 prisoners of war composed of Philippine and US troops were forced to march from Mariveles to San Fernando 65 miles away. They were beaten, robbed, and tortured during the march. Stopping to get a bit of rest would ensure death via bayonets.

10. Casualties of the March

In total, 2,300 American troops and 10,000 Filipino soldiers died under the heat of the sun. Their wounds were never tended to, they were not allowed to rest, and they were starved. The only source of water available to them was from puddles of water infested with animal excrement. Those who survived the march were imprisoned for three years under grueling treatment and conditions.

Know more about the Fall of Bataan from this well-produced video by Kings and Generals below.