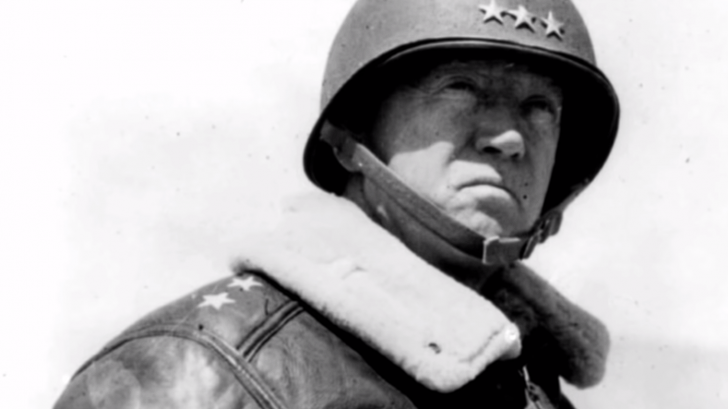 1. Military Blood Runs In His Veins

Patton’s grandfather, also named George Patton Sr., was a commander during the American Civil War. He commanded the 22nd Virginia Infantry under General Jubal Early. It was also said that they were descendants of Lords and Barons, from King Edward I of England to the 16 barons who signed the Magna Carta.

2. Early Fascination Of The Military

As a kid, Patton was an avid reader of books focusing on classical military history and great military leaders. It’s not wild to think that his earlier obsessions were Napoleon, Julius Ceasar, Joan of Arc, and Hannibal. Patton was also a fan of John Singleton Mosby, a Confederate Army cavalry battalion commander, and a family friend.

3. Part Of His Identity

His great-uncle, Waller Patton was also a part of the military and was killed at Gettysburg while another relative died at the Battle of Princeton. His family’s military history was a part of his identity and shaped his personality starting from childhood.

Patton believed in reincarnation and thought he was a soldier in his past life. Therefore, for him, there was no other career he could take up except to be a soldier. At the age of 17, he was sent to Virginia Military Institute, then to West Point where he graduated 46th out of 103.

5. Learning From The Master

Under the tutelage of Adjutant Charles Clery in France, Patton learned advanced techniques and honed his skills in fencing. In his return to Fort Myer, Patton incorporated what he had learned into creating the Model 1913 Cavalry Saber called “The Patton Saber”.

He was reassigned to the 8th Cavalry Division stationed at Fort Bliss as part of the Pancho Villa Expedition. This operation was famous for its first usage of motor vehicles against paramilitary forces. During this time, Patton was amused at the wonders motored vehicles could do in combat.

He was promoted to Captain after asking Pershing to join and command the American Expeditionary Force. In the next few months, Patton worked as Pershing’s aide in 1917 where he helped train American troops in the thousands. His time with Pershing influenced the way he would lead his troops in the future.

Patton was fascinated by the usage of tanks by the British army. In November of 1917, he asked Pershing once more to command a Tank Regiment rather than Infantry. Pershing granted his request yet again, and he was placed in charge of the Light Tank School where he and his men trained for armored vehicle combat.

To thoroughly observe his Armored Vehicle Divisions, Patton took up piloting lessons and earned a pilot’s license. His determination to oversee his troops’ exercises would further help him formulate better plans to be used for war.

As a leader, Patton favored the offensive rather than the defensive. In his speech during the North African campaign, he had this to say to his men,

His harsh way of disciplining his troops didn’t affect his relationship with most of them. Patton was seen as bold and honorable, never shying away from confrontation. His men looked up to him for inspiration through his leadership and were known to personally rally his troops before battle.

The First United States Army Group (FUSAG) was a fictitious army made up of decoys, props, and fake radio signals commanded by Patton. He devised an “invasion” at Pas de Calais and the Germans fell for it, reinforcing the coast for the expected invasion. Even during the Battle of Normandy, some German troops still remained at Pas de Calais thinking Normandy was the decoy.

His leadership during the Battle of the Bulge is one of his most remarkable achievements in the war. In just a few days in the middle of winter, he repositioned six full divisions from the Saar River and directed them north to relieve Bastogne. Patton later recalled that this was his biggest battle and most brilliant operation yet.

The Third Army, led by Patton, was in continuous combat for 281 days. They crossed 24 rivers, captured 85,000 miles of Axis territory, and managed to kill, wound, or capture 1,811,388 German soldiers. By the end of the war, his forces have already driven deep into Germany.

George S. Patton remains to be one of the most influential and controversial military figures of the 1900s. Though his achievements can be clouded by his brash personality and questionable opinions, there is no doubt he was a very good military tactician.