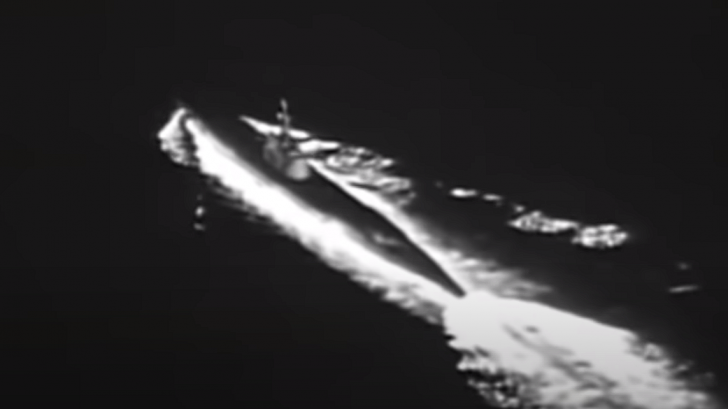 On July 31, 1944, the submarine USS Parche was stalking a convoy of Japanese merchants through the China Sea for hours. Finally, at 4 AM, Commander Ramage launched his attack, penetrating the defenses of three naval escorts. Soon after, the submarine and the convoy were on a collision course.

The Rampage Has Begun

Parche almost collided with the first ship before turning at the last second. Ramage ordered the ship to turn starboard while loading its 10 torpedoes, 6 on the bow and 4 on the stern. When it got into position at 3:56, he fired two bow torpedoes but missed. Parche continued north and at 4:02, fired a torpedo from its stern and claimed the kill.

After continuing north, it found itself in the middle of the convoy, and at its front were two oil tankers. At 4:07, Ramage fired four bow torpedoes at the first tanker with all hitting. They then turned to starboard once more and fired three torpedoes at the second tanker from the stern with two hits at 4:10.

The submarine reloaded and continued south. 4 minutes later, two bow torpedoes were loaded and the crew spotted a transport ship that housed 5,000 troops. They fired and saw two hits, cutting its power. Ramage circled back to hit the oil tankers again with three torpedoes from the aft.

Parche went forward and spotted another transport ship.  Three bow torpedoes were fired at 4:29 with two hits, crippling it. He swerved to port and let go of the remaining two torpedoes in its stern, downing the ship and taking 2,442 lives along with it.

In just 34 minutes, Ramage’s Rampage finally ended and the submarine returned home. Commander Lawson Ramage was rewarded the Medal of Honor for this nearly impossible feat.