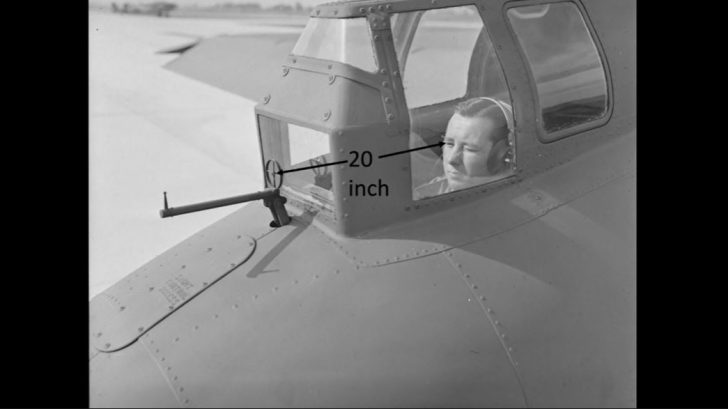 The B-17’s tail gunner station played an effective defensive role in shooting down fighter interceptors. Here are the five interesting facts about the bomber’s tail section:

1. The B-17’s tail station is fed by two of the four oxygen systems

2. If he is allowed, the crew will disengage each of the gun’s trigger safeties, test firing the guns

Each gun is belt-fed by 565-round ammo boxes. These guns are manually operated with no power assist. The tail gunner armor is designed to stop a standard 30 caliber bullet.

German fighters are known to exploit this blind spot, sneaking through the contrails to attack their enemy’s formation. Thus, gunners needed to be on alert.

4. The gunner will have to maintain a 20-inch sight base

If a bandit is spotted, the gunner will start tracking the interceptor with his ring bead gun sight. He’ll then call out over the interphone the number and range. He’ll also indicate its position relative to the bomber, using the hands of the clock.

He’ll then estimate the range by referencing the fighter’s wingspan to the ring site’s diameter. Six hundred yards is the effective range of the tail gun position. The gunner will disengage the gun safeties, opening fire at 600 yards. He’ll fire one to two-second short bursts.

The tail gunner would flash the lamp during low-light conditions. It is also used to aid in forming up by identifying the squadron leads.